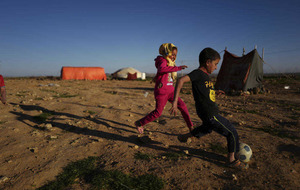 IT was near midnight on October 6, 1998 when the dilapidated 40-foot clinker pushed off from northern Lebanon into the eastern Mediterranean.

There were 75 passengers on board, including 10 adult women and 24 children (one born just two days earlier). Each person had been charged $2,000 per head.

People traffickers promised them safe passage and refuge in Italy. Their mode of transportation was later described as “barely a floating coffin”…