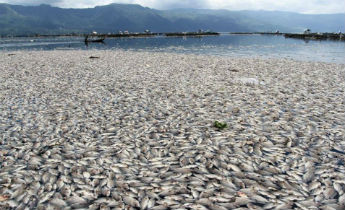 In the mass fish die-off on the country’s central coastal region, the Vietnamese government is faced with not only Vietnam’s worst ever environmental disaster but also widespread social unrest..

Millions of dead fish have washed up across some 200 km of the coast of Vietnam’s four central provinces since early last month.

According to a figure given by an official on May 5, the disaster had killed at least 100 tons of fish.