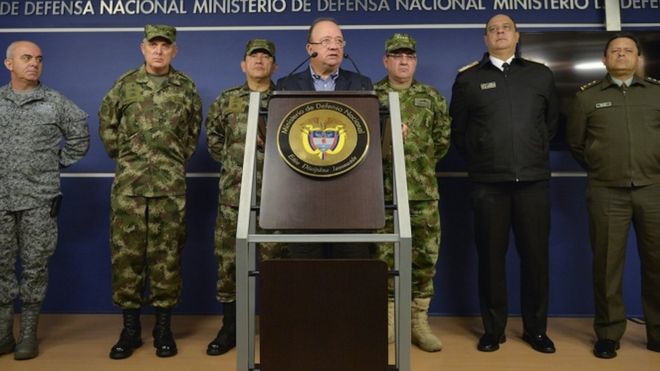 The Colombian government says it will launch air raids against gangs involved in drug trafficking and illegal mining.

Defence Minister Luis Carlos Villegas said the full force of the state, including the military, would be used to fight them.

The gangs emerged from right-wing paramilitary squads disbanded under the last government of Alvaro Uribe, in office until five years ago…