“A world ends when its metaphor has died.

An age becomes an age, all else beside,

When sensuous poets in their pride invent

Emblems for the soul’s consent

That speak the meanings men will never know…

It perishes when those images, though seen,

Undoubtedly the renascence of the Greeks in the nineteenth century served for the Romantics, as a metaphor for the steady and inexorable progress of human civilisation. 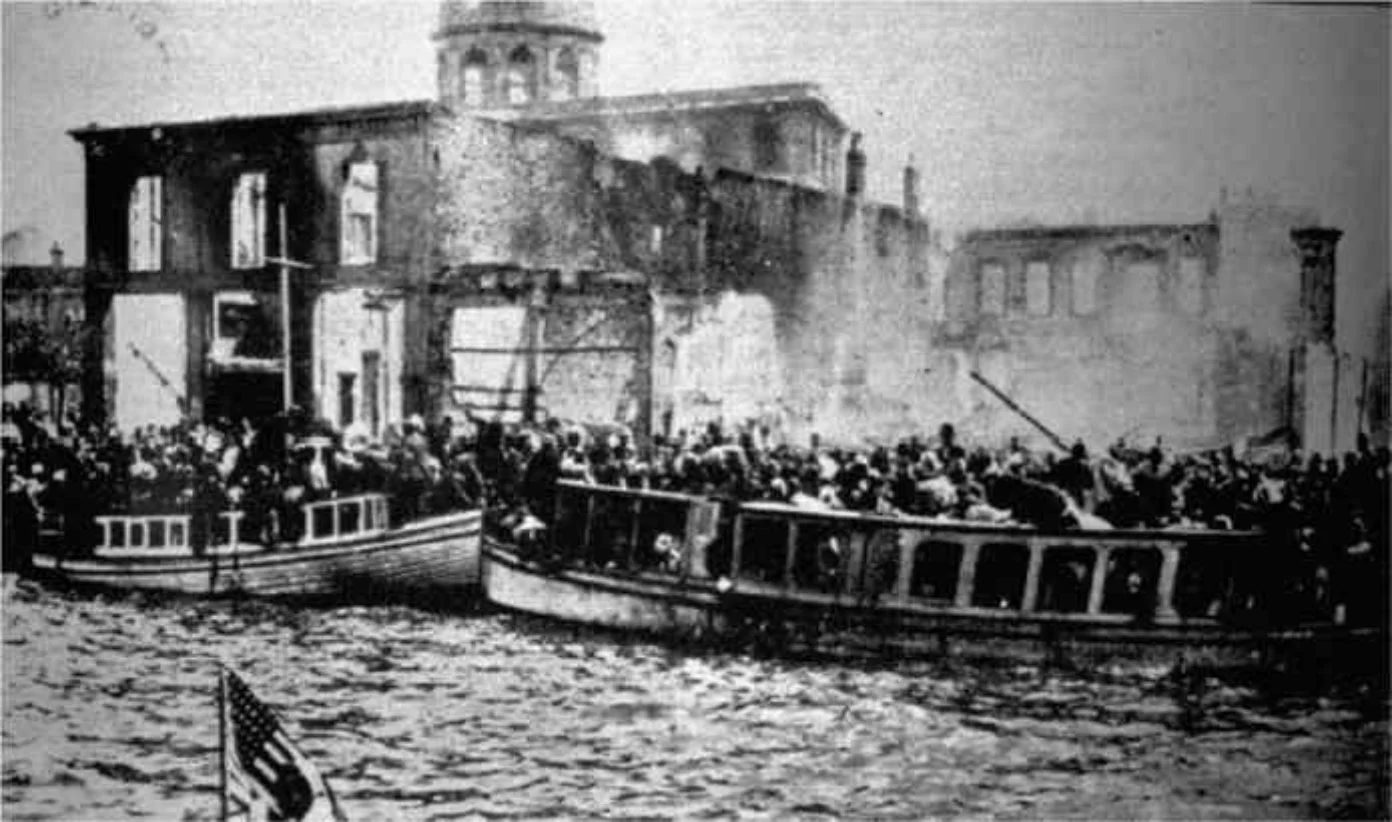 In the aftermath of the devastation of the First World War and the Asia Minor Catastrophe, it is perhaps fitting that modernist writers employed the end of the Greek presence in that region as a metaphor for the complete bankruptcy of world civilisation, the liminal space between the old, defunct world, and the stark new one, emerging charred, traumatised and bereft of meaning.

Australian author Patrick White, for instance, in the story “On the Balcony” explores the symbolism of Smyrna as a place of passage from the old, irretrievably lost world into the new, through a character who: “…divided her life into Before and After the Catastrophe. Her world, the real tangible world, had ceased with Smyrna, and the best she could do was chase back a melancholy reflection of reality on to the face of life.” Elsewhere, in “The Vivisector,” White employs Smyrna as the primary event, the dawn of a new age, his recounting of the story of the main protagonist’s lover beginning with her fleeing that city: “After the Catastrophe – at Smyrna – we escaped to Chios.”

It is perhaps for this reason that Edward Whittemore wrote that Smyrna was “the first act, the prelude to everything.” To look back is to engage in temporal ambivalence. When in his poem “The Island,” Louise MacNeice refers to “the time -worn baker/ Burnt out of Smyrna, smokes his hubble-bubble,” that person exists out of space and times and it is questionable if he has any real existence outside of the fires that consumed him. Metaphors abound, no less than in the fact that he now resides in Ikaria, the land of the mythological figure who flew close to the sun and, as symbolised by the nargile, the wounds of that event continue to simmer and whose smoke is yet to clear.

For other writers, steeped in the Romantic tradition, there is absolutely nothing after the Smyrna. Instead, its conflagration consumes life itself. In “Enter the Greek,” Tony Sutherland, Antony Gibb’s playwright main protagonist has a father from Smyrna and an English mother. He lives in London and is to all intents and purposes an Englishman. Yet the news of the “massacre on the quays” awakens in him as sense of kinship with the victims, even if this sense of kinship is inauthentic, informed more by nineteenth century Byronic philhellenic stereotypes than actual lived experience or contact with the Greek world, sentiments that have relevance to the antipodean identity paradigm and which serve to create a sense of the irreal: “There came to mock him a vision of himself as the world’s most perfect lover, as something a little nineteenth century – as Percy Bysshe, as Charles Algernon, as Byron… Byron… Byron… The Turks were coming down on Smyrna.”

In similar fashion, Catherine Gavin will have her heroine, Evelyn Anderson, exclaim to her lover, Kemal Ataturk: “You’re up against a whole century of prejudice. Ever since the British got excited about the Greek War of Independence, they’ve thought of the Greeks as heroes, like Hector or Achilles.”

Thus, the hitherto Tony Sutherland, infused by the philhellenic sentiments imbibed in London, finds himself at Smyrna and when the captain of the boat he is travelling in refuses to approach the quayside, he removes his clothes and swims ashore to share the fate of his imagined compatriots. Is the act of removing his clothes symbolic of a casting aside of the accoutrements, paradigms, ideologies and suppositions of his age? Is at a metaphor for the perishing of identity? The reader is left to ponder this and the ostensible meaningless of Sutherland’s bizarre sacrifice. He has entered into death, possibly as a Greek and more likely as a romantic hero, highlighting the irony of his loss of life, which seemingly affects no one but himself. What this signifies and what can transpire from this point onwards remains unascertainable. All, just like Smyrna, is dead.

In the works of other writers, Smyrna serves not as a metaphor for loss and death but rather as a clarion call for greater activism, a cry for reform and a critique of the policies of the imperialists whose policies cause so much suffering among the innocent. In his short story “Miss Smith,” part of the “Little Novels of Nowadays” collection, author Philip Gibbs, who had been present during the Catastrophe, witnessing as he wrote, the “horror of the quayside at Smyrna” and bring one of those who heard the “cry of agony which chilled the soul of the world,” has his philanthropist heroine, rail against those who have designed: “the preposterous treaty,” the consequences of which will bring about “a great tragedy hereabouts.” Motivated by purely humanitarian concerns she asks: “Are the British forces coming to defend this unhappy population when the Greek army is routed, or before?” Gibbs’ writing is informed by a sense of urgency. In his introduction to his work, he speaks of a mankind that can “hardly escape from the wreckage of hopes in the life of Europe… Civilization itself is threatened…. and… there is a sense of impeding downfall.”

Yet for all that activism and advocacy, Miss Smith and her wards, the Greek children of her school, perish. They do so because the Turks set fire to the school pleading, the King of Greece having previously ignored her petition to evacuate the women and children of the area and render them free from harm. Whether from depravity, indifference or sheer irresponsibility, the innocent have perished in a conflagration that surely prefigures the greater Conflagration that is to come. Apart from lamenting their fate and expressing the pious hope that such heinous crimes are never again repeated, he offers no way forward in his story, no path to follow that will lead us away from all the suffering that is destined to transpire. There will be no restitution, no redress and no return. Like Smyrna, Miss Smith and the Greek schoolchildren, he too has reached a dead end. Try as he might he provides us with nothing for us to place our hope in a resurrection.

In his 1932 poem: “Invocation to the Social Muse,” Archibald MacLeish declares: “Señora, it is true the Greeks are dead.” As David Roessel states in his study: “In Byron’ Shadow. Modern Greece in the English and American Civilisation,” by “inserting references to… 1922… into modernist works,… writers ensured not just that the fate of Smyrna and the collapse of Greece’s territorial aspirations would not be forgotten but also that the meaning of its fate was caught up in what may be called the postwar ‘end of meaning.’”

A century onwards, as we look back and attempt to find meaning in the 1922 Catastrophe, within the context of a legacy of the continuous brutality that followed, we may well be forgiven if we think as Ezra Pound did in his Canto XXIII “well, they’ve made a bloody mess of that city,” and indeed, the world entire.