Agora Dialogue cordially invites you to an online Oration in memory of its late Patron, George Bizos (1927-2020), the fugitive from Axis-occupied Greece who resettled in South Africa in 1941 where he later became a renowned lawyer whose clients included Nelson Mandela and other victims of Apartheid.

Further biographical details are on the Nelson Mandela Foundation website (at www.nelsonmandela.org/content/page/george-bizos).

Q & A will follow at the end of the presentation.

Admission online is free and open to the public. 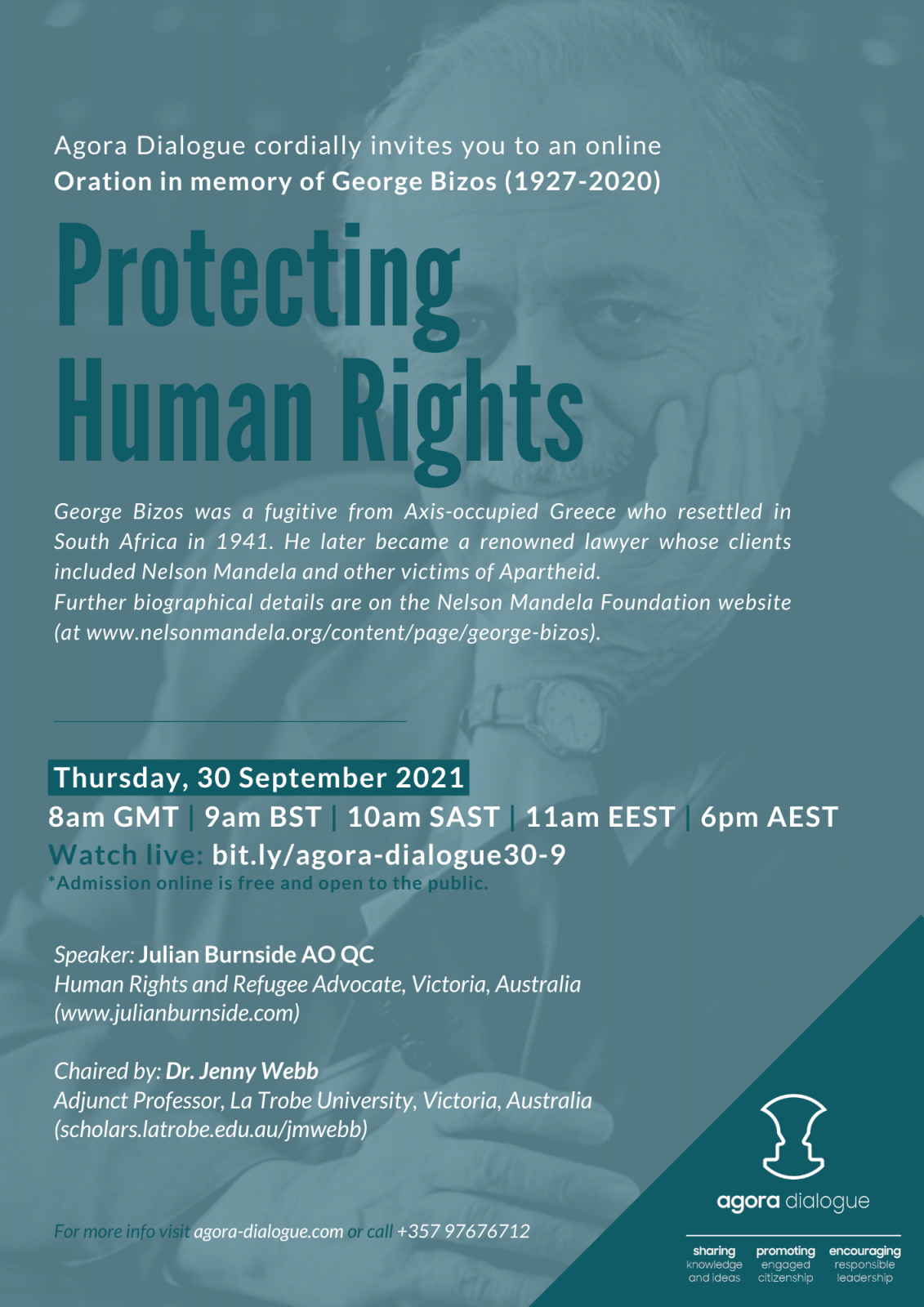