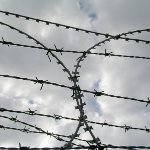 September 9 is marked as Day of the Victims of Holocaust and of Racial Violence in the Slovak Republic. The date of this remembrance day was chosen to commemorate the issuance of the Jews Code during the Second World War.

In 1939, most of the territory of present-day Slovakia was occupied by Nazi Germany. The Nazis proclaimed the Slovak State (now known as the First Slovak Republic), a puppet state allied with Hitler’s coalition. The government of the republic was led by Vojtech Tuka and Jozef Tiso.

On September 9, 1941, the government passed the so-called Jewish Code. It bore a strong resemblance to the Nuremberg Laws in Germany. Jews were required to wear a yellow patch, they were banned from many jobs and intermarriage.

Deportation of Slovakian Jews to labor began shortly after. Tiso himself was an anti-Semite, he even paid Nazi Germany for each deported Jew. The overwhelming majority of Slovakia’s Jewish population were murdered under Tiso’s government.

Day of the Victims of Holocaust and of Racial Violence was first observed in 2001. It is marked with solemn ceremonies, such as laying of wreaths at the Holocaust Memorial in Bratislava. The ceremonies are attended by government officials and representatives of local Jewish communities.