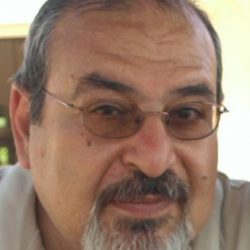 Let us stop going blind voluntarily to believing that Turkey can become prudent and accept that its own interests can coincide with ours and accept a viable solution; those who do blind themselves, that is, because many of us often rang the alarm bell, only for our voices to reach deaf ears.

Our diplomatic corps, against British intrigue, succeeded in achieving a non-negative Presidential Statement at the UN Security Council (UNSC).

Well, very well done; the appeal to the UNSC and it is good to have this statement which theoretically contradicts the intrigues of Turkey.

However, we must realize that Turkey does not quail with such things. Over time, it has learned from experience that this will not incur any costs if it is ignored; Çavuşoğlu has already stated so! How does it achieve this? They are very good at diplomacy by the Turkish Foreign Ministry, and they know how to take advantage of the interests of countries important to Turkey. They are well aware that their country’s proximity to Russia and Iran puts it in a position that is considered a necessary buffer for NATO. And they know that by playing this card they can reap the benefits of both their NATO partners and their adversaries Russia and Iran. So, one way or another, they make demands that, no matter how absurd they may be, are accepted.

Here, one can distinguish the main difference in “mentality” with Greece: it is not just that it obviously has a more favorable geostrategic position that facilitates favoring its demands. Turkey has a vision and a long-term strategic plan to realize it. All its tactics, over time, are in line with this plan, oriented towards the realization of the vision of Turkey as a Regional Superpower. And as far Erdogan and the neo-Ottoman islamo-fascists are concerned, in conjunction with the restitution of the Ottoman Empire. The partial goal about Cyprus is achieved through the implementation of the Cyprus Recovery Plan established in the 1950s in cooperation with England. In juxtapostion, Greece has no vision and therefore neither a strategy to achieve it nor tactics to annul Turkish plans that harm its interests. The same or even worse, apply to Cyprus. The governments in both countries present their membership to the European Union (EU) as a defense strategy. They assume that their own problems are – consequently – European problems as well and therefore expect the EU to defend them. However, the EU members do not have common positions on foreign policy issues. This is not a United States like the USA. On the contrary, it is – despite all the fanfare about principles and human rights – a club of traders. Therefore, only if their commercial interests are affected will they react substantially against Turkey. In addition, both in Greece and in Cyprus, the Retailers Capital dominates. So, the national economy is not so national. In contrast, traders succumb to what international (or rather Western) Capital demands. In other words, the governments of Greece and Cyprus do not have their own will and policy but are almost completely dependent. The only thing that keeps them – especially the Cypriot one – from immediate and complete capitulation, is the possible popular reaction.

I base another view on the legacy of Nelson Mandela. In his autobiographical book “Long March to Freedom” – page 229 – he states:

“A freedom fighter learns the hard way that it is the oppressor who determines the nature of the struggle, and the oppressed is often left no resource but to use methods that mirror those of the oppressor. At some point, one can only fight fire with fire.”

So what are the methods of repression applied by our oppressor/conqueror, namely Turkey?

How are the above methods dealt with? The actions that our government should be, but is not, doing. Given that our vision is the liberation and restoration of the sovereignty of the Republic of Cyprus (RoC) throughout its territory in the first stage and the subsequent settlement of the so-called internal aspect, i.e. how to deal with our cohabiting element, the Turkish Community as defined by the 1960 Constitution.

Here I also note Chomsky’s saying: if you want to get rid of terrorism, stop participating in it!

For all the above, the point is that the establishment of a broad anti-occupation front is imperative. Beyond political parties. Both the government and the parties are discredited in the eyes of the people. We need a unifying body that includes organizations and individuals who agree on the vision of liberation and popular participation. With relevant details and suggestions I will return with a second relevant article.