The former prime minister was speaking to an exclusive audience for the Britain-Australia Society at the Royal Over-Seas League, primarily about her work on gender and leadership at King’s College. 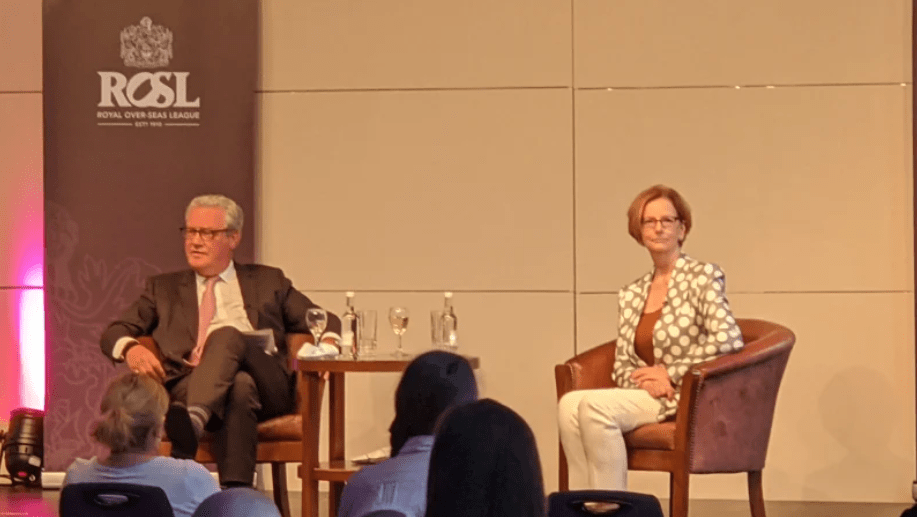 When he opened the discussion to the audience, 31-year-old Eleanor from Melbourne asked the first question.