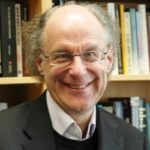 Recently, a Federal Court Judge ordered the immediate release of a young man from immigration detention. The man had been in immigration detention for five years. The Federal Government wasn’t happy. It introduced legislation into the Commonwealth Parliament to make sure that no such release could happen again. The Government’s power to detain non-citizens indefinitely was affirmed and strengthened. That was not a good outcome.

The episode began with a legal case. The applicant, the young man detained (known as AJL20), asserted that his detention by the Commonwealth had been and remained unlawful.

AJL20 is a citizen of Syria. In 2005, when still barely adolescent, he was granted a child visa and arrived in Australia. In October 2014, the Minister of Immigration  cancelled his visa on ‘character’ grounds. He had been convicted on a charge of assault. When his visa was cancelled he became what is known as an ‘unlawful non-citizen.’ He was therefore detained by a Commonwealth officer. He had been in immigration detention ever since, that is, for five years.

As the case approached, Australian immigration authorities changed tack and contacted Lebanese authorities to make initial inquiries as to whether AJL’s removal there might be possible. As to this, Justice Bromberg found that there had been no substantive response from the Lebanese with respect to these inquiries for many months. Australian authorities had let the matter drift.

Justice Bromberg concluded, therefore, that the actions of the Australian authorities had not been sufficient to demonstrate that applicant’s removal had been pursued ‘as soon as reasonably practical.’ After all, AJL20 had been in detention for years.

In response to this decision, the Australian Government introduced legislation designed to prevent the courts from ordering the release of a person in similar circumstances in the future. The legislation was the Migration Amendment (Clarifying International Obligations for Removal) Act. The Act has positive and negative elements.

Positively, the Act provides that a person shall not be removed from Australia if to do so would mean that the person will be returned to a country where they will be a risk of torture or cruel, inhuman or degrading treatment. This provision reflects obligations that Australia has previously assumed pursuant to the International Refugee Convention and the UN Convention against Torture.

The International Refugee Convention states that ‘no State shall expel or return a refugee…to the frontiers of territories where their life or freedom would be threatened on account of his race, religion, nationality, political opinion, or membership of a particular social group.’ This is known in international law as the non-refoulement principle. Australian law has now been amended to draw Australia into line with this crucial, international legal principle. That is a good thing.

The recognition of this principle, however, can have certain incidental, highly undesirable consequences. A situation may arise where a person cannot be removed to their country of origin because they would be at risk of harm or persecution. The non-refoulement principle kicks in. But what then is to happen to them?

The Australian government has set in place a law that provides that non-citizens who commit a criminal offence in Australia may be deported on ‘character’ grounds. In these circumstances the Ministry of Home Affairs has pursued an aggressive policy of deportations.

It is obvious, however, that other countries will not be enthusiastic about receiving such individuals. So, where removal of non-citizens to their country of origin  is blocked by Australia’s non-refoulement obligations, and where their removal to any other country is made impossible because other countries don’t want to accept them, a stalemate is reached.

In that circumstance, the Migration Amendment (Clarifying International Obligations Act) makes it clear that non-citizens may be held in immigration detention facilities until it becomes reasonably practical to remove them. However, no limit to the duration of detention is specified.

With some sixty million refugees and internally displaced people seeking asylum globally, it may never become reasonably practical to remove certain non-citizens from Australia. It is probable, therefore, that immigration detention of such people could continue indefinitely.

Without any legislated maximum period of detention and without any effective safeguards against arbitrary detention there is, therefore, a real risk that non-citizens who have been detained on character grounds, and who may not be removed in accordance with Australia’s non-refoulement obligations, could languish in detention for the term of their natural lives. The prospect of the release of a person from detention on the grounds set down in Justice Bromberg’s decision in ALJ20 will have been eviscerated.

When considering this outcome, the Commonwealth Parliament’s Human Rights Committee stated that:

‘if the measure resulted in the indefinite detention of individuals, this would represent a significant interference with their rights. For these reasons, there appears to be a significant risk that the measure impermissibly limits the right to liberty and the rights of the child, and has implications for the prohibition against torture or cruel and inhuman treatment’.

The constitutional and moral position is simpler and clearer. The arbitrary, indefinite or life imprisonment of a person at the behest of the executive government, in the absence of criminality and a right to independent and impartial judicial review, can never be countenanced in any liberal democracy deserving of the name.

(Note: the legislation passed in Federal Parliament with the concurrence of both the Government and the Opposition).