The Hellenic Australian Lawyers Association and the Agora Dialogue will jointly host an online webinar featuring Dr Helen Durham on “A contemporary portrait of the laws of war: what parables from Greek mythology teach us about past, present & future challenges” from 7PM (AEDT) and 10AM Cyprus time, Wednesday 17 March 2021.

Dr Helen Durham is Director of International Law and Policy at the International Committee of the Red Cross (ICRC) headquarters in Geneva.

Dr Durham regularly represents ICRC at venues such as the UN Security Council and in bi-lateral engagements with Ministers, senior government officials and military decision makers. In the past few years she has undertaken missions including Baghdad and wider Iraq, Ramallah, Tel Aviv, Nairobi, Moscow, Beijing, Dakar, London, Vienna, New Delhi and Brussels to engage on matters relating to the protection of civilians during times of armed conflict, in particular the protection of women.

Dr Durham is widely published on IHL topics, in particular those relating to women and armed conflict. Dr Durham has been involved in ICRC operational work in the field (in Myanmar, Aceh, the Philippines and the Pacific) and has been part of negotiations for international treaties in New York, Geneva and Rome.

In 2014 Dr Durham was inducted into the Victorian Honour Roll of Women, in 2015 she was awarded as an Australian Centenary Peacewoman and in 2017 she was appointed as an Officer of the Order of Australia.

The Hellenic Australian Lawyers Association (HAL) comprises Australian lawyers, judicial officers, law students, and others who have a Hellenic background, or if not of Hellenic background, are philhellenes. HAL provides opportunities for members to engage in professional activities in an environment that celebrates Hellenic ideals and promotes cultural harmony and diversity. 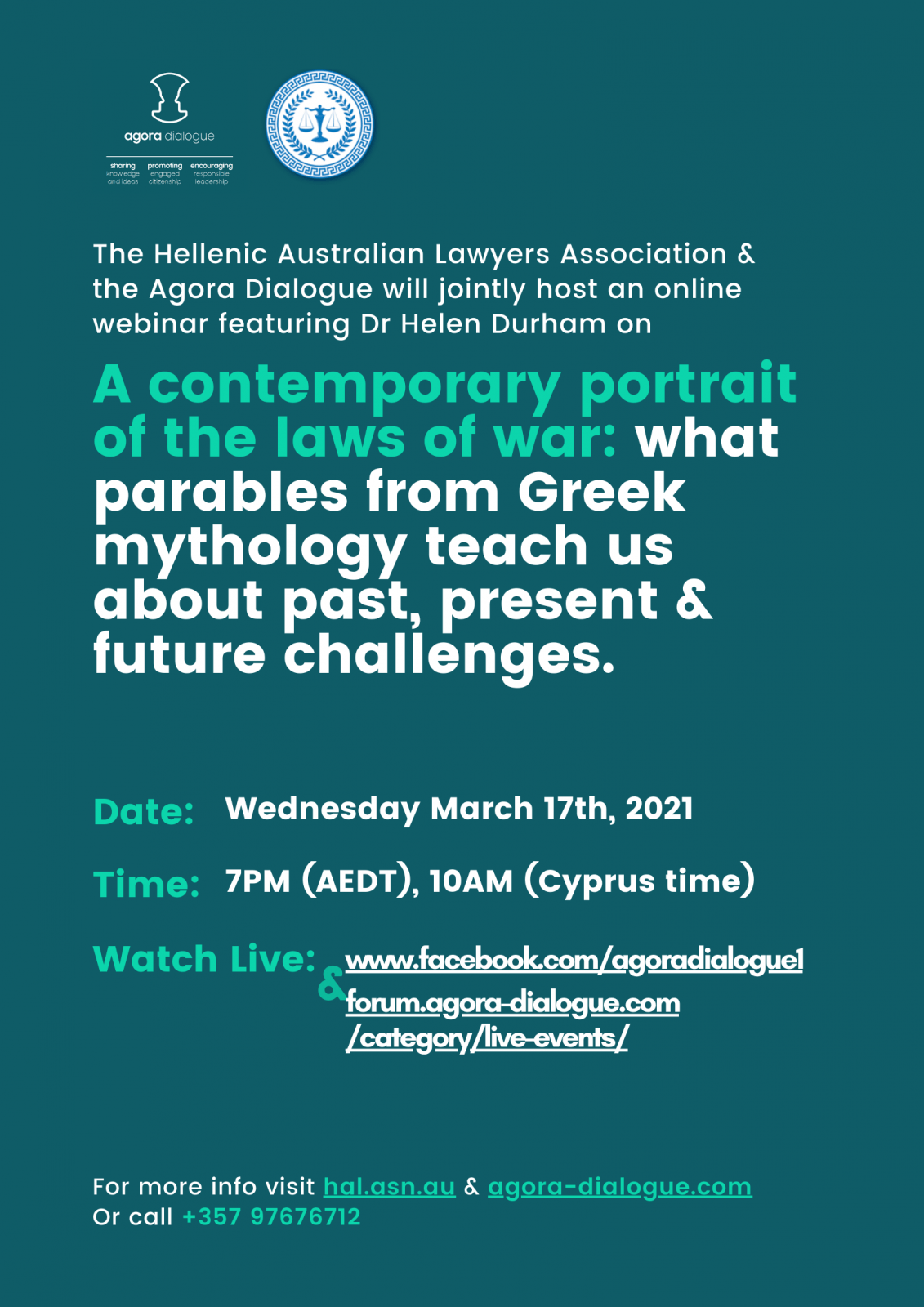