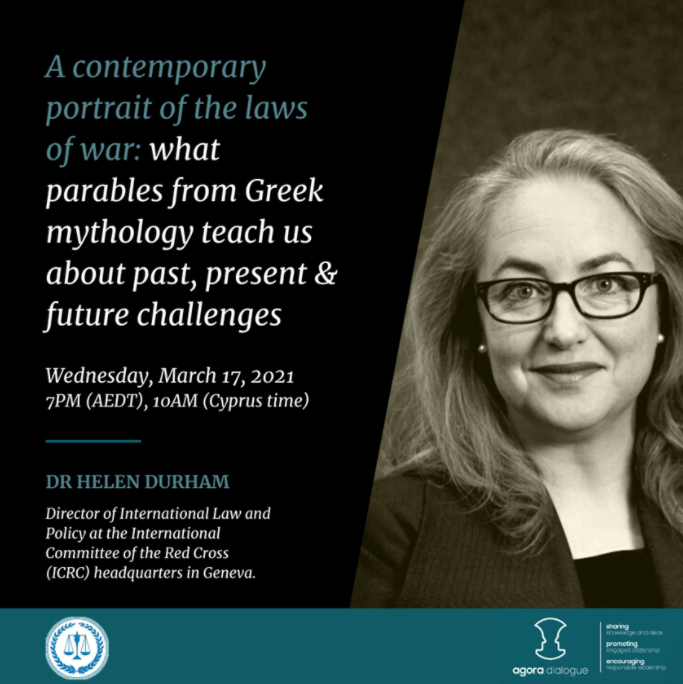 Athena and metis, Ares and bloodshed

So what is the link between these rules and Greek mythology? War.

In the world of the novel Cryptonomicon by Neal Stephenson, which takes place during the Second World War, all societies either worship Ares or Athena; these societies are either brutal or strategic. The novel provides that, so long after antiquity, Ares is incarnated today by “terrorists” and “criminals”. This association mirrors the heinous nature of any acts of terrorism committed.

But there is another side of this coin that I would like to evoke today. The characters in this novel also debated the appropriate response to these Ares-driven “terrorists”. Implicit in their discussions was the temptation to reciprocate brutality with brutality. The characters nonetheless conclude that the only way to fight these persons who incarnate Ares is through “intelligence, cunning, metis.” Indeed, fighting like Ares highly risks provoking the same in return – depriving what is already a difficult situation, armed conflict, of the bits of humanity that are needed most.

Even in the face of a terrible enemy, it is crucial not to emulate Ares or with an ‘eye for an eye’ the world becomes totally blind.

I now want to turn to the second challenge for international humanitarian law: urban warfare.

Linking this phenomenon of urban warfare to Greek mythology, it would be remiss of me not to re-invoke the example of Troy and the Trojan horse. It was Athena who advised Odysseus to use the device to gain entry into the reputedly impenetrable city. How would this be seen in IHL today? On one hand, in armed conflict, it is prohibited to willfully kill, injure or capture an adversary by feigning protection – such as civilian status – under international humanitarian law. On the other hand, ruses of war – such as decoys or camouflage – are not prohibited so long as they do not feign such protection. From the accounts of how the Trojan horse was used, it did not attract a confidence that would be illegal under IHL today: a clear example of the use of cunning, of strategy, of metis.

IHL accepts that wars will be waged but dictates how they should be undertaken. In doing so, the application of IHL relies on metis, knowledge and strategy rather than unconstrained violence. For example, the principle of distinction requires that parties to an armed conflict distinguish between civilians and civilian objects – on one hand – versus combatants and military objectives on the other. Today, in the urban centres where wars take place, the military must know who is the object of attack, and where civilians and civilian objects are placed, in order to ensure that civilians not participating in hostilities are spared. Athena, with her pragmatism, would have understood the importance of these rules and principles perfectly: wage war, yes, but not at all costs.

This brings me to the third and final challenge that I wanted to touch on today: new technologies. These developments are changing human interaction profoundly – including in times of armed conflict. Many States are investing heavily in the development of means and methods of warfare that rely on digital technology. From the use of AI in military operations to the actions of a drone that can select and attack a target without human intervention, or – perhaps – a cyber attack that is programmed to activate in response to a cyber operation. There are a number of issues that IHL as a legal framework is needing to respond to.

Enter Greek mythology. Hubris is a recurring theme in its parables. We see this with Icarus, with Bellerophon: before taking flight with a new pair of wings, or before attempting to enter Mount Olympus, extreme care must be taken in order to avoid the worst consequences. Orpheus was instructed not to look back as he left the underworld with Eurydice behind him, but his eventual doing so caused irreparable damage and the loss of Eurydice forever.

And with new weapons, following legal reviews are a critical measure to ensure that a State’s armed forces can conduct hostilities in accordance with that State’s international obligations. They also help prevent the costly consequences of approving and procuring a weapon the use of which is likely to be restricted or prohibited.

These questions on accountability with regard to new technologies in warfare continue to be examined in political and academic circles alike, given that they were evidently not in the minds of drafters when they adopted the Geneva Conventions in 1949.

War has continued to feature in human existence since time immemorial. Without claiming that to be human is to wage war, there is nonetheless something telling about how stories about war two millennia ago can still provoke thought about war today.

We have seen how metis, rather than unrestrained bloodshed, is crucial as an abstract concept to understand the content of international humanitarian law. Today, we do see reports in the news of actions in armed conflict that appear to be a homage to Ares.

At the same time, below the surface, we do also see reports that metis continues to be applied in today’s conflicts. Despite the many challenges for this body of law, the potential of IHL to mitigate the devastation of armed conflict for individuals, families and communities is unique; and positive examples abound. Recent years have seen armed forces make more of an investment in tracking civilian casualties and understanding their causes. Tens of thousands of conflict‑related detainees have remained connected with their families. Non‑State armed groups have made commitments against the recruitment and use of children in hostilities and against sexual violence. And daily, medical services belonging to governments and armed forces treat wounded adversaries solely based on medical need.

The idea embedded in IHL that ‘even wars have limits’ is as old as conflict itself and is needed to be remembered and re-enforced today as we face the challenges of a changing world.