US B-52H Stratofortress bombers flew over the Middle East on Sunday in a show of military strength amid heightened tensions with Iran.

The “presence patrol” mission took place a a day after two Iranian ballistic missiles reportedly landed within 100 miles of a US aircraft carrier strike group in the northern Indian Ocean. 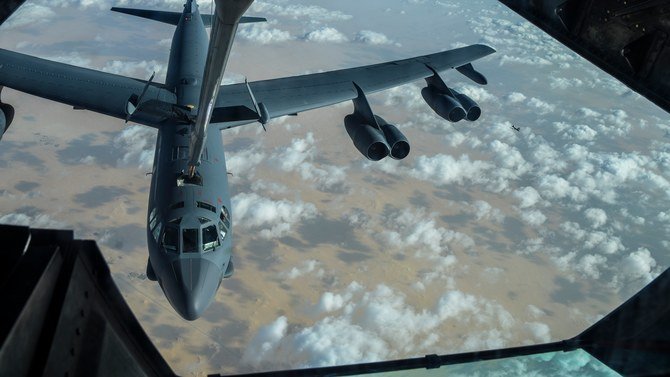 US Central Command, which oversees American military operations in the region, said aircrews successfully completed the mission on Saturday.