At the level of semiology, the narrative does not have the same meaning for everyone.

Starting with Turkey, the reference to two states implies two states with a confederal link, which will allow it to control the whole of Cyprus.

Turkey has been pursuing this since 1974 and the Bi-Zonal Bicommunal Federation, with all the concessions made by the Greek side, has served as a vehicle to promote these plans.

Those who argue that the BBF does not lead to a partitionist racial construct under the control of Turkey but also to the service of British, American and NATO interests, either lack basic political logic and have delusions, or most likely use the argument of partition as an  intimidation to obtain the enforcement of any solution. What new has been added to this narrative is Anastasiades’ naive approach to openly propose a two-state solution, always with a confederal link, which he also presents as a loose federation. However, this proposal also leads to the same result as the BBF. It simply weakens even more any negotiating cabability available to the Greek side. It is an unconditional surrender!

It should be understood that the term state is misused in this narrative. A two-state solution would exist only with complete separation from each other and the recognition of a separate international personality of each by the international community. This was previously suggested by former Deputy Foreign Minister Costas Karamanlis, Giannis Valinakis and journalist Stavros Lygeros. It is the solution of the velvet divorce. Both were aware that this was partition but in exchange for the return of part of the occupied territories and with the view that this solution ensured the survival of the Greek element better than a racial formation with Turkish domination.

But Turkey will never accept such a partition that would allow a free state to threaten its soft underbelly with alliances and overturn its plans in the Eastern Mediterranean. Therefore, Turkey’s proposal of two states is not meant with a separate international personality, recognized by the international community; rather in the context of a confederal construct, through which Turkey will be given the capability to control the whole of Cyprus. And which construct will lead to the dissolution of the Republic of Cyprus, the legal state that is an obstacle and a brake to Turkey’s plans.

Therefore the reference to two states in the present debate is conceptually false! And the reference to partition makes sense in relation to the solution that is promoted either through a loose federation – Anastasiades’ patent – or through the BBF.

It is worth wondering about how some people do not comprehend that we have been led to negotiate which of the occupation conditions we will legitimize with our signature, either with a bi-zonal or with a loose federation; and that from such a solution an unsustainable constitutional and political monstrosity will emerge and Cyprus as a whole will be transformed into a neo-Ottoman protectorate. It will be a kind of Palestinianization. The issue, however, is for the emergence of a normal state through a solution and not two communities under Turkey’s domination. And it does not matter much if this state will be unitary or federal. Certainly in a place that does not outnumber a neighborhood of a big city, one does not need to be a diligent constitutionalist to understand that the federal model is unnecessary.

In any case, any solution can not be structured on racial criteria that will violate basic democratic rules and human rights and in addition be the springboard for the neo-Ottoman control of the island with the prospect of Alexandrettation. 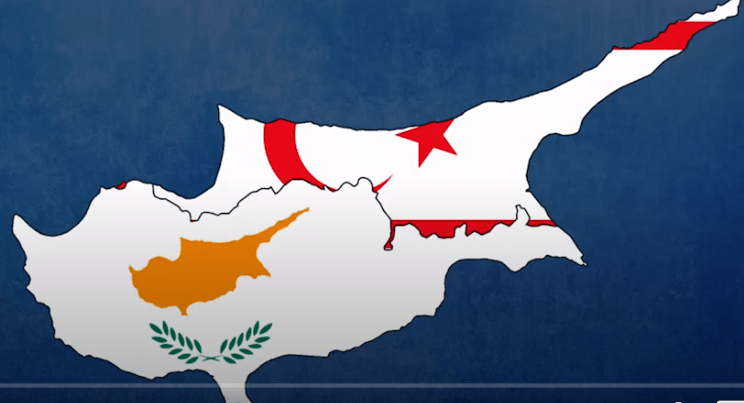 There are a thousand and one ways to protect the rights of the Turkish Cypriots without violating those of the majority.

In a normal state, everybody’s rights are guaranteed through democratic political balances that are created: common parties, common institutions, etc. which will have a political-ideological and not a racial structure. This is what happens in countries like Canada, the US and elsewhere. And there is no reason why it should not happen in Cyprus as well, once there will be no Turkish guardianship. For example, a President will not be elected by racial criteria but by political ones. Parties will not be racial but political-ideological. And the one elected will be a Cypriot citizen who will represent a political trend. Of course, not all of this will happen overnight. A transitional period could also be foreseen. And there exist the European framework that will facilitate a democratic solution.

As long as the issue is not put on the right footing, and as long as we are negotiating for the legalization of the occupational conditions, none of this can be done. Even the legalization of the illegal airport at Tympou is said to be on the table of the 5-party negotiations. A normal state, however, means riddance of Turkey as a guarantor power and withdrawal of the Turkish occupation army. This is the way. This is what Sener Levent supports and that is why he is being persecuted by Turkey. After all, some day we must comprehend that Turkey is not present in Cyprus to protect the Turkish Cypriots but its own interests. And there are Turkish Cypriots who realize this and with them a common political course should be built.

It goes without saying that a normal state will have normal relations with Turkey itself.