An exit remains possible if the government and opposition adjust their zero-sum thinking to admit the need for compromise. 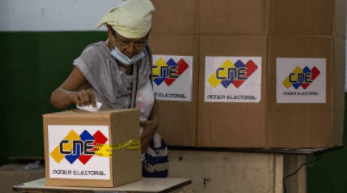 The new U.S. administration can help.

After years of political turmoil, elections for Venezuela’s National Assembly ended in a predictable victory for President Nicolás Maduro.

Mainstream opposition parties boycotted the poll and, alongside the U.S. and Latin American and European countries, accuse the…