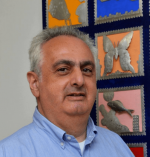 The announcement in Ankara on 6 October 2020 to open part of the beach front of Varosha and the actual opening on 8 October 2020, is an important development.

A lot has been said about its political implications and aims but little has been written on the legal aspect of this Turkish move.

Varosha has been a military area since the 1974 invasion but has always been thought of as the first Confidence Building Measure (CBM) to be taken when the process of solving the Cyprus problem would be activated.

Legally it has been part of the status quo and Unficyp has been at pains to maintain same.

Consistently the Secretary-General in its report to the Security Council on UN operations in Cyprus has been stating: “The United Nations continues to hold the government of Turkey responsible for the status quo in Varosha”.

The fenced-off area of Famagusta–Varosha, has enjoyed a special status under UN Security Council Resolutions

Resolution 789 (1992), inter alia, states: “…8 (c) That, with a view to the implementation of resolution 550 (1984) the area at present under the control of the United Nations Peace Keeping Force in Cyprus be extended to include Varosha …”

In its latest resolution to extend Unficyp’s mandate to 31 January 2021, it, inter alia, states: “… 13. Calls on the Turkish Cypriot side and Turkish forces… recalls the status of Varosha as set out in relevant resolutions, including resolutions 550 (1984) and 789 (1992), and reaffirms that UNFICYP’s freedom of movement should be respected…”

President Erdogan in his statements on 6 October 2020 in relation to Varosha, is reported to have said “… We hope that the whole of Maras is opened to use after ongoing work is completed by respecting property rights…”

Last but not least on 8 October 2020, in the statement of the President of the Security Council the following was, inter alia, stated:  “… The Security Council reaffirms the status of Varosha … reiterates that no actions should be carried out in relation to Varosha that are not in accordance with those resolutions.

The Security Council reaffirms its commitment to an enduring, comprehensive and just settlement in accordance with the wishes of the Cypriot people and based on a bicommunal, bizonal federation with political equality…”

There are essentially two issues which are distinct, but are often dealt with together in a confusing manner.  The first relates to the status quo of Varosha and the second to the properties of its inhabitants.

The first has more to do with International Law and the interpretation and effect of Security Council’s resolutions and in particular their breach.  The second has to do with the European Convention on Human Rights (“Convention”) and its application to Turkey, which is responsible for breaches therein.

I will start with property as it is well settled by the Judgments of the European Court of Human Rights (“ECtHR”).  There are currently over 30 such judgments worth more than €50m for damages for loss of use, which recognise these rights (including those in Varosha).  Turkey is unfortunately ignoring them.  As a result of Demopoulos in 2010 the Immovable Property Commission (“IPC”) was set up in occupied Nicosia by the subordinate to Turkey local administration.  The ECtHR has ruled that IPC is Convention compliant, but its effectiveness will be considered on a case by case basis.

Consequently, the IPC is “open for business” and it is part of the Turkish domestic remedies that have to be exhausted before one ends up before the ECtHR against Turkey.  It is thus a procedural requirement for an applicant to exhaust this remedy, irrespective of any existing precedents on the merits, for any such a property claim.

In this respect, it is interesting to note the care exercised by President Erdogan not to affect the property rights of the inhabitants.

There is of course the Evkaf argument, which is actually not present, but has in any event been dealt with in my article on 17 June 2020 in this paper.

I now turn to the first point relating to the status quo.  As can be seen, Turkey has an international obligation under UN Resolutions to respect the existing status of Varosha and allow Unficyp freedom of movement.  In my mind this status quo has unilaterally and in breach of the UN Resolutions, been altered and that is why the President of the Security Council has called for its reversal.

It is not an excuse that “only the beach front is affected” because even though the beach front, does not belong to the individual inhabitants – and clearly none of them lived there – it is a blatant violation of the status quo.

It is this effort to confuse the property issue with the status quo one, which the Turkish government is perhaps trying to promote.

Legally speaking matters are clear.  Interference with the status quo is in breach of Security Council Resolutions and this is not justified by the alleged defense that the beach front does not belong to the inhabitants.

The property issue is distinct and requires vindication via the IPC as a Turkish domestic remedy.

Actually rumor has it that the IPC (assuming it gets jurisdiction over Varosha when it no longer is a military zone) will offer immediate restitution to the owners of properties in Varosha, included in the 281 pending applications.

The offer to be allowed to return – I suspect -will be accompanied by a request to give up any claim for loss of use.

Thus the dilemma will become “to return or not to return” to the property in Varosha under the subordinate local administration?

I assume that in place of damages for rents from 1974 onwards,the IPC (given its shortage of funds)will promise free infrastructure and even low interest loans and perhaps a casino licence!

The question is nevertheless what will these individual owners do?

I have tried to analyse the legal position on the breaches of the status quo and the property points and present a likely dilemma for owners.

Clearly, this will only arise if there is no move to solve the Cyprus problem, as the Secretary-General has described.

Property is only one of the six points of the Secretary-General’s framework and cross negotiations is now the name of the game.

To my mind, Cypriot people would be well advised to catch this last train. The return of Varosha to UN control and its inhabitants could be the first, of many CBMs to come.