It was a story of man against machine.

In the 1800s, the black American railroad worker John Henry faced a contest that would tax his strength enough to kill him.

According to the legend, Henry’s job was to hammer metal rods into rock, ready for explosives. 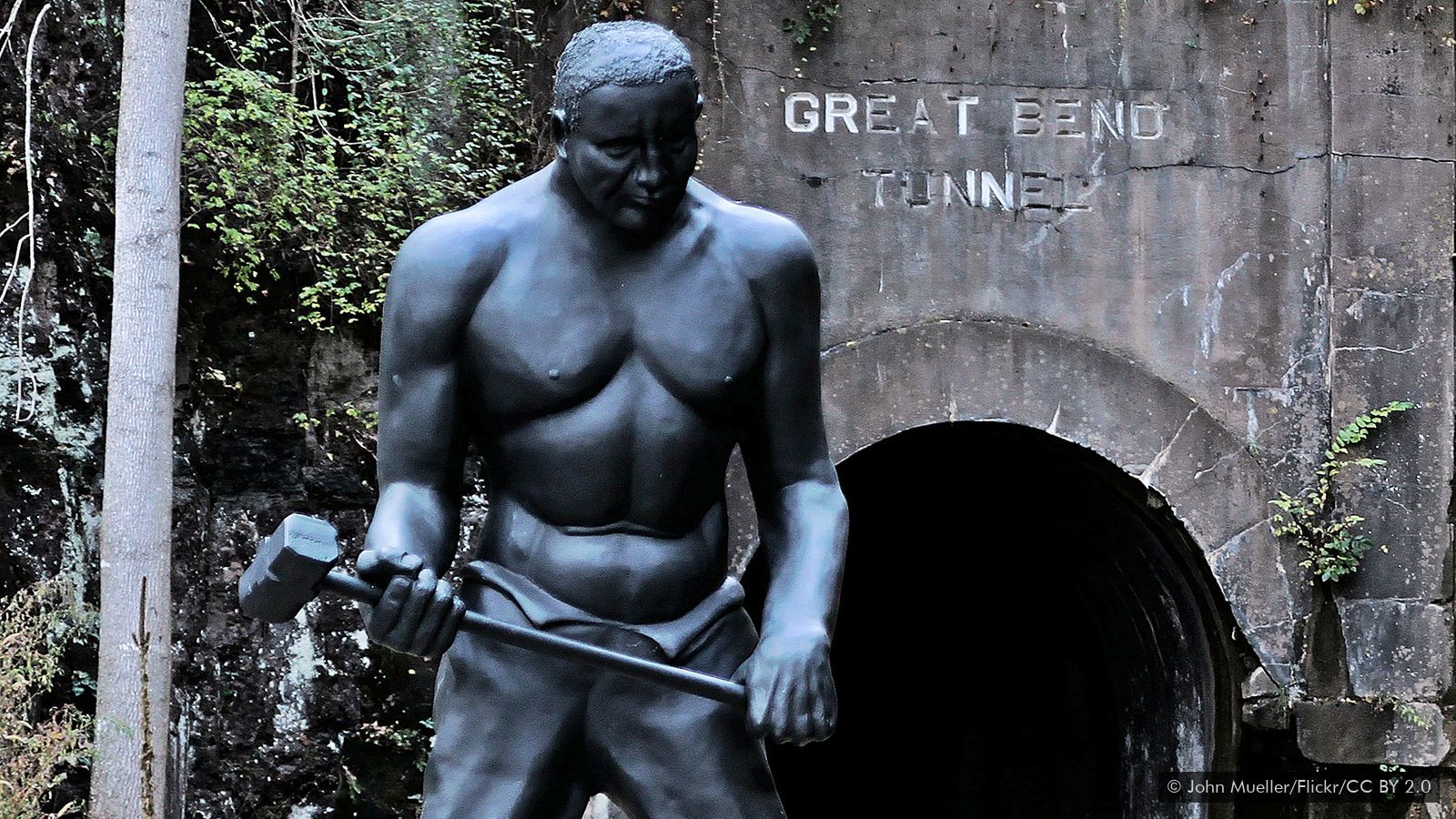 One day, he was pitted in a race against a steam-powered drill, which required much less toil, and threatened the workers’ livelihoods.