But Mr Keïta was facing huge street protests before his arrest and many in Mali have welcomed his removal. 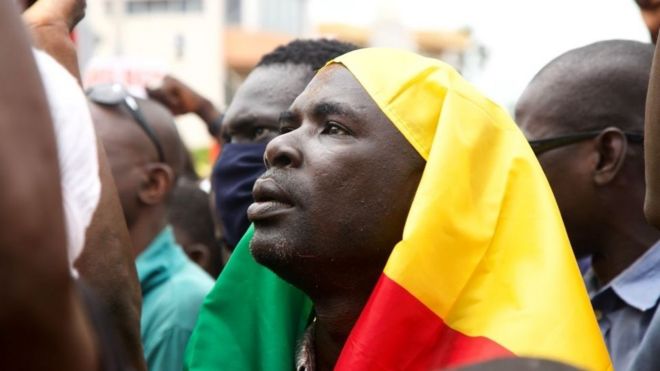 Thousands gathered in Bamako’s Independence Square to the sound of vuvuzelas, with many declaring victory over the former president.

“I am overjoyed, we won. We came here to thank all the people of Mali because it is the victory of the…