Some were seen holding Turkish and Ottoman flags. 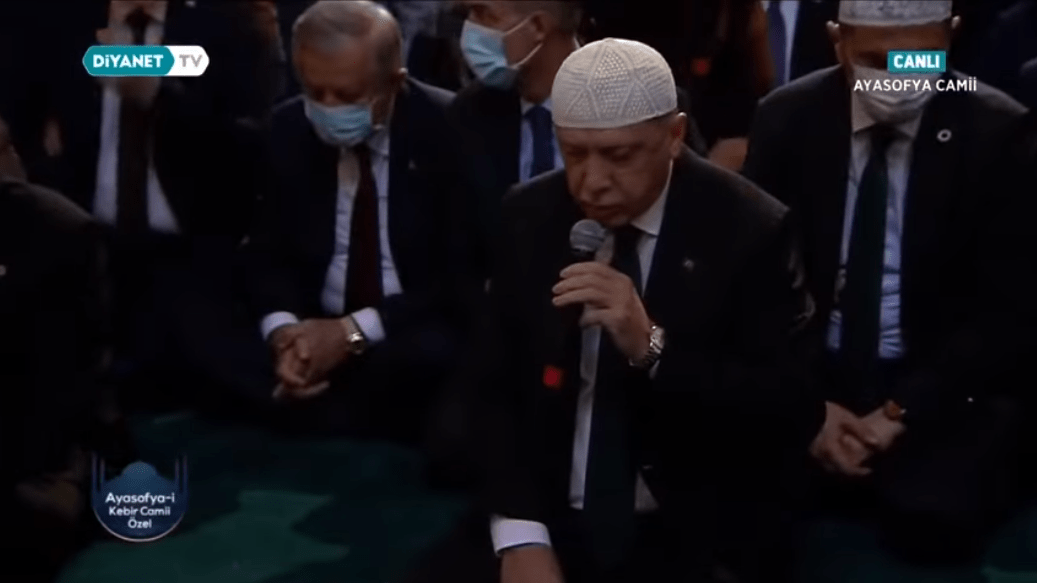 The Friday prayer was held for first time after Erdogan declared the monument, revered by Christians and Muslims for almost 1,500 years, a mosque once again.

Once through the checks, worshippers sat apart on prayer mats outside the…