It started with the Truman administration, which failed to prevent the communist takeover of China in 1949.

Then President Kennedy was blamed for the victory of Fidel Castro in Cuba in 1959. 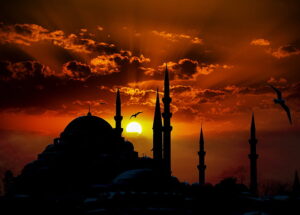 The Nixon administration saw the collapse of South Vietnam in 1975, and President Carter could not save the Shah from the Iranian revolution.

Despite this historical background, many American policymakers—Republicans and Democrats alike—refuse to accept the obvious: Turkey is swinging away from the…