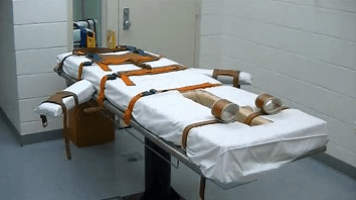 “I didn’t do it,” Lee said just before he was executed, according to the Associated Press.

“I’ve made a lot of mistakes in my life, but I’m not a murderer. … You’re killing an innocent man.”

Lee was a member of a white supremacist group who murdered a family of three, including an 8-year-old girl, according to the Justice Department.

He robbed and shot the family, covered and…