He was honoured for his service to the visual arts and to veterans, as he paints and supports Australian veterans.

Recently he painted a portrait of the young Cypriot hero of Australia, Hector Vassilis.

George Petrou was born in Cyprus in 1956 and 8 months later his family, parents and 8 children immigrated to Melbourne Australia.

For 40 years, George Petrou was a graphic design artist, but at some point work took it’s toll on his  health. In 2010 he was stricken with cancer.

Among the chemotherapy treatments he made a promise to himself:

”If he survived, he would do what he always wanted to do. He would start painting.”

He was always interested in Australian history, the First World War and painted a series of portraits of award-winning Australian veterans, the proceeds of which were offered to veterans. 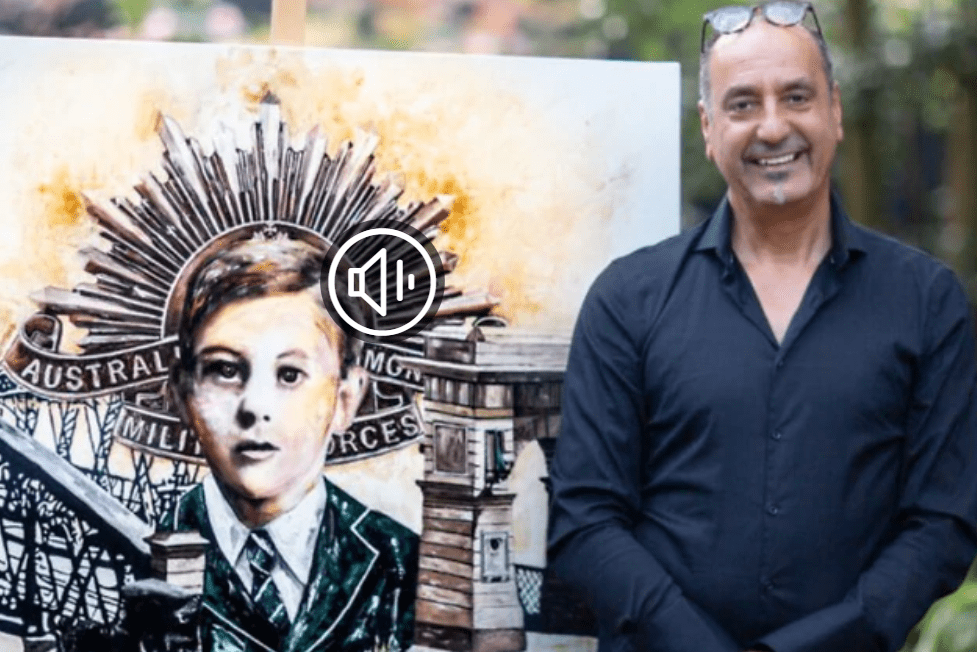 For his service to the visual arts, and to veterans George Petrou was awarded this year the OAM honour on the Queen’s birthday honours.

”It makes me feel that I have to offer even more now.”