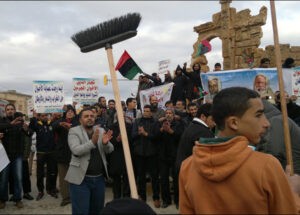 Earlier in 2010, prior to the uprisings, he had sent the Mavi Marmara cruise ship to “save” Hamas in Gaza from the “Zionist blockade.”

In February 2011, following the ousting of President Hosni Mubarak in Egypt, he threw Turkish support behind the Muslim Brotherhood and provided support to Qatar, the…