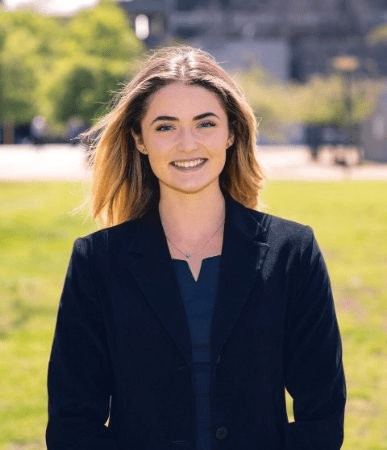 Greece has received extensive international praise for the country’s handling of the Covid-19 crisis, with fewer than 2 600 confirmed cases compared to the hundreds of thousands diagnosed in neighbouring European states.

Led by Prime Minster Kyriakos Mitsotakis, the Greek government swiftly actioned a preventative strategy that considered Greece’s specific weaknesses, namely a recovering economy and an overworked healthcare system. Of all the newly employed policy changes, social distancing has been the most effective in controlling the outbreak.

In an article titled “Greece Shows How to Handle the Crisis”, Ferdinando Giugliano commends Mitsotakis’s lockdown strategy. He writes,

“Prime minister Kyriakos Mitsotakis has emerged as a voice of reason on the international stage . . . And the Greek population appears to be very mindful of respecting the lockdown rules, in part a result of the government’s steep penalties for non-compliance.”

The ban on unnecessary movement was officially introduced on 23 March. The Greek police force (ELAS) have been issuing €150 fines to individuals who do not comply, and €5 000 fines to businesses that remain open. ELAS spokesperson Ioanna Rotziokou announced that by 3 April the state had collected a total of €4 253 700 from 17 358 individuals and 330 businesses. Rotziokou insisted that “the measures aim at protecting the health of citizens and not their punishment”. The Government has said that the revenue from the fines will be spent on bolstering the public healthcare system. This will form part of the promised €90-million injection into the healthcare system, which has so far contributed to the doubling of ICU capacity and recruitment of 4 200 new doctors.

In an article detailing the economic benefits of social distancing, John Auhers for Bloomberg Opinion praises the Greek state for its quick response, writing:

“[Greece] has been bracketed together with Italy and Spain in economic misery for a decade now, and generally suffered much more. On the coronavirus it seems to have done something right. Greece closed down its economy at the first sign of trouble . . . It looks to have worked.”

As Europe’s underdog, Greece appears to have succeeded against the odds – a sentiment that Mitsotakis is sure to actively communicate to his audiences both locally and abroad. In addition to the video-messages published on his social media platforms, the prime minister is conducting regular TV-interviews. On 1 April, Christiane Amanpour interviewed him for PBS, where Mitsotakis took the opportunity to inform the English-speaking world of the state’s bureaucratic efficiency and the “almost full cooperation by the Greek people”. Amanpour was impressed by the “incredible statistics” given that Greece was one of the “worst hit countries over the last . . . twelve years since the 2008 financial crisis”.

Stella Ladi, senior lecturer in public management at the Queen Mary University of London, has applauded the government’s “early and consistent message”. In addition to the immediate banning of large social gatherings and the closure of schools and universities, Mitsotakis established a national experts committee on public health, nominating pathology and infectious disease specialist, Professor Sotirios Tsiordas, as its COVID-19 spokesperson. Ladi explains how regular press appearances have allowed Mitsotakis and Tsiordas to link scientific evidence with the social distancing policies, where their effective communication has increased citizen compliancy.

It appears that perhaps more than admiration, a sense of surprise dominates the discourse[1] surrounding Greece’s response to Covid-19. The results have exceeded all expectations and a sense of order appears to have been restored to the nation. The world is stunned, left wondering: why has Mitsotakis been able to successfully execute this social distancing strategy in a time of utter chaos?

French philosopher Michel Foucault wrote Discipline and Punish in 1975. In a section titled, “The Birth of the Prison”, he analyses the genealogy and nature of the modern surveillance state. Upon re-reading this book, I was struck by the timeliness of the chapter’s opening paragraph, which begins:

“The following, according to an order published at the end of the seventeenth century, were the measures to be taken when the plague appeared in town. First, a strict spatial partitioning: the closing of the town and its outlying districts”

Foucault reminds us that social distancing is not a new phenomenon. In fact, it is a method used centuries ago to combat the health pandemic in the absence of modern medical technologies. It is based upon a simple theory: by limiting physical contact, the number of people who will catch the virus from a single infected person is reduced. The freedom to move is superseded by the responsibility to protect oneself, as Foucault explains,

“It is a segmented, immobile, frozen space. Each individual is fixed in his place. And, if he moves, he does so at the risk of his life, contagion, or punishment.”

With this in mind, the «μένουμε σπίτι» (“we stay at home”) social media movement, as championed by Mitsotakis in a recent Instagram post, sounds like the slightly more palatable version of Foucault’s bleak analysis. Lurking beneath the positively calm and community-minded message is the threat: leave at your own risk.

In a video-message on 19 April, the Prime Minister encouraged people to “comply with the rules” and spend Easter celebrations at home. He explained that, “with discipline and solidarity we repelled its first waves”, but he asked for “further diligence” to ensure that the crisis remains under control.

Social distancing, though an effective strategy, requires strict state discipline in order to be successfully implemented. Foucault cites the historical example of the plague because it “offers a compact model of the disciplinary mechanism”. [2] While officials like Rotziokou and Mitsotakis are publicly ‘playing down’ the intentional use of state punishment, it remains a crucial element of Greece’s strategy.

However, the use of the state force to ensure social distancing is certainly not unique to Greece, and states, including Australia, have relied on the police and consistent political messaging to ensure that people stay at home. So why single out Greece as an example of the disciplinarian response to Covid-19?

In 2019, centre-right party New Democracy (ND) was elected into Greek parliament winning a majority 158 seats with a 39% vote, compared to 31.5% for opposition left-wing party Syriza. For many Greeks, Mitsotakis represented a step away from radical impulsivity and towards unity and stability. Upon being elected, Mitsotakis told his supporters,

“[We] want growth, work, security and for Greece to become, as it deserves, strong again. I’ll be prime minister of all Greeks. I will work to convince our compatriots who did not support us. We are too few to be divided and we have much to do together … from today a difficult but beautiful battle lies ahead.”

Since being promoted as party leader in January 2016, the liberal-leaning reformist has worked hard to modernise one of Europe’s most conservative parties. But despite this centrist pull, Mitsotakis’s term has seen intensified use of state-sponsored force as a part of the crack-down on anarchist activities. This move aligns with ND’s party ideology, which states,

For ND and their supporters, the road to freedom lies, ironically, beyond a murky back-road of fear and police violence. What some see as an essential detour, others criticise as a journey towards abuse of power.

Eva Cossé for Human Rights Watch investigated the increase of abusive police sweeps during the final months of 2019. This included “Operation Net”, which was a ND-supported program that saw 130 armed police officers dubbed the “Black Panthers” patrolling metro stations in Athens last November. In the same month, ND repealed the Academic Asylum law, which previously forbade police from entering university campuses. In December, Helena Smith for The Guardian also reported the alarming rise in violence after a series of unprovoked attacks by officers in which protesters were beaten with batons and strip-searched in broad daylight.

While reporters and commentators are busy admiring Greece’s response to Covid-19, few have explored the idea that the state’s pre-existing affinity for discipline has set the social and ideological foundations for an efficient and forceful response to Covid-19. Luckily for Mitsotakis, the fast-turning news cycle has swept the police brutality scandals of 2019 out of recent memory, and replaced it with a far more favourable narrative.

Foucault outlines the dual function of the plague response. Firstly, the state must “sort out every possible confusion” surrounding the disease. Secondly, it must stamp out all disobedience – an “evil, which is increased when fear and death overcome prohibitions”.  In few other moments does a government have the opportunity to experiment with a perfectly obedient society. Foucault writes,

“A town immobilized by the functioning of an extensive power that bears in a distinct way over all individual bodies – this is the utopia of a perfectly governed city.”

Could it be argued that the Mitsotakis is capitalising on the opportunity to legitimise the methods of state discipline that emerged long before the Covid-19 crisis began? I suspect Foucault would not have been surprised by Mitsotakis’s response.

[1] Discourse, in the Foucauldian sense, refers to ways of constituting knowledge with regard to social practices, forms of subjectivity and power relations.

[2] It is important to note that, for Foucault, “discipline . . . is a type of power . . . comprising a whole set of instruments, techniques, procedures, levels of application, targets.” Instruments of disciplinary power exist on a continuum between “discipline blockade” (police force) and the “panopticism” (surveillance strategies). In other words, Mitsotakis’s use of police violence is one of many methods used to action state discipline – others, including scientific knowledge and data surveillance, are highly relevant to the covid-19 context, though remain outside the scope of this article.