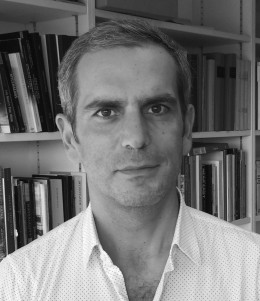 The concept of harm entrenched in legal systems across the world is firmly rooted in the concept of freedom that developed in the very early days of liberal thought.

It is seen as a more or less direct interference with one’s physical or bodily integrity or with one’s interests.

I harm you if I injure you, (more controversially) if I cause you some loss in wealth, if I touch you inappropriately and so on. Even actions that are not directly harmful must somehow be linked to immediate harm as closely as possible: causing a risk say by dangerous driving, causing damage to the environment in a way that is potentially injurious to many etc. At the same time, there are certain cognitive elements that have to be fulfilled for the harm caused to be attributed to your actions, elements which relate to agency. For example, generally speaking, you must know that you cause harm or appreciate the risk of your doing so.

In other words, the concept of harm is tied to a sense of an inviolable private sphere of each individual. This works both ways. On the one hand, it justifies the state imposing constraints to your freedom to act. On the other hand, it renders unwarranted and unjustified any other limitation of your freedom. You’re free to do as you please, so long as you don’t harm others.

The SARS-CoV-2 pandemic has put this conception of harm under stress. First of all, one might infect others without causing any harm in the strict, liberal sense. Experience is showing that though some might suffer a great deal from it others might hardly register that they’ve even contracted it. Second, there are issues with the conditions of one’s responsibility for infecting others. The virus is exponentially transmissible with very little contact. It might also not cause symptoms. That, combined with the logistical impossibility of testing the entire population, means that one might be putting others at risk not only unintentionally but also completely unaware of the danger. Nor is the concept of recklessness of great help in this regard. Generally speaking, recklessness pertains to taking some risk. This is typically understood as something out of the ordinary but the kind of action that might spread SARS-CoV-2 is absolutely ordinary and random, played out in humdrum everyday social contexts. Third, it is extremely difficult to limit the scope of one’s responsibility. Not only might it be impossible to know who has infected whom but it might also be artificial to interrupt the chain of causation. Say A infects B and then B goes on to infect C. In the absence of intention or recklessness on B’s part, how can we not attribute C’s infection to A as well, even though there was no contact between them?

And yet, the intuition that a risk of some sort of harm is present is strong enough implicitly to justify measures of generalised social isolation and not only the quarantining of confirmed cases of the virus. At the same time, it is an uphill struggle to argue that social isolation is an unwarranted limitation of freedom (though one would be right to worry the legacy that the measures will leave). And these intuitions are in fact strong enough to embarrass those who monomaniacally stick to the standard liberal, isolationist conceptions of freedom and harm. Take the example of the Johnson UK government. Its initial political decision to resist the imposition of social isolation measures was not in compliance with what was promoted to be more sound scientific advice. It was the other way around. The ‘herd immunity’ strategy best served the underlying conception of freedom and of the moral political significance of harm that the Tories consider paramount. To the impossibility of clearly defining the conditions of harm, they responded with opting for unlimited freedom, or at least what they consider to be freedom.

But even they, who, lest we forget, reportedly showed callous disregard for those who would perish in the pandemic, couldn’t turn a blind eye to the wider consequences of the pandemic. So they too were forced to concede, however implicitly, that their conceptions of freedom and harm are subordinate to a different sense of freedom.

The pandemic has emphasised what has been the case all along. We are all interdependent in ways, which may not be immediately apparent to us and which might be indirect. That we exist and act in the world inevitably conditions the existence and actions of others. I have argued elsewhere that this is how we should understand solidarity and that solidarity should not be seen as dependent on shared goals, characteristic or beliefs and so on. It should be seen as the normative foundation of late modern communities. No sooner we realise this than we will be compelled to understand freedom differently too; not as an inviolable private sphere any longer but primarily as a robust public sphere.

Consider this. A central factor that weighed in favour of governments opting for social isolation from relatively early on was the strain that an uncontrolled spread of the virus might put on public health systems, many of which have been weakened by decades of underfunding (mainly, let me say in passing, in order to promote private health care business interests). That cannot primarily be a matter of rational resource and risk allocation; that alone would not provide sufficient justification (it would not be unthinkable that priorities would be balanced in a way that might lead many to a helpless death but would not compromise the moral integrity of the health system all the same). It is that safeguarding public health agencies amounts to safeguarding the possibility of our living together. Public health is perhaps the most central manifestation of our duty – a duty based on solidarity and which we cannot reasonably shrug off – to show regard for the welfare of everyone in the community. In other words, keeping the public health system robust aims at maintaining the freedom of all, a freedom which is social in nature and is only realised through public institutions.

Many see as paradoxical that we have to isolate, to keep apart in order to be together. It is not, however, a paradox. If we put solidarity into the equation as a normative concept, we will see that social isolation strengthens our communities not in the sense that we stay healthy and not cause immediate harm to each other so that one day we can get together again with our friends and family. It does so at one and the same time in the sense that we act separately by conditioning our free movement in a way that will make acting possible on the part of everyone in the community. So is our freedom to be as a part of the community protected.

I know that I packed a lot in this piece but it is only meant as a prompt to think of what the pandemic reveals, namely that solidarity and not rampant individualism, care and not avoidance of harm are the inescapable normative foundations of our communities. It is now time to think how these should accordingly shape our institutions and practices too.