That at least is the view of Australian poet Luka Lesson, who’s about to embark on an online workshop as part of the “Outside The Box series”, an initiative of Think Inc, an intellectual touring company that specialises in public events which promote ideas. 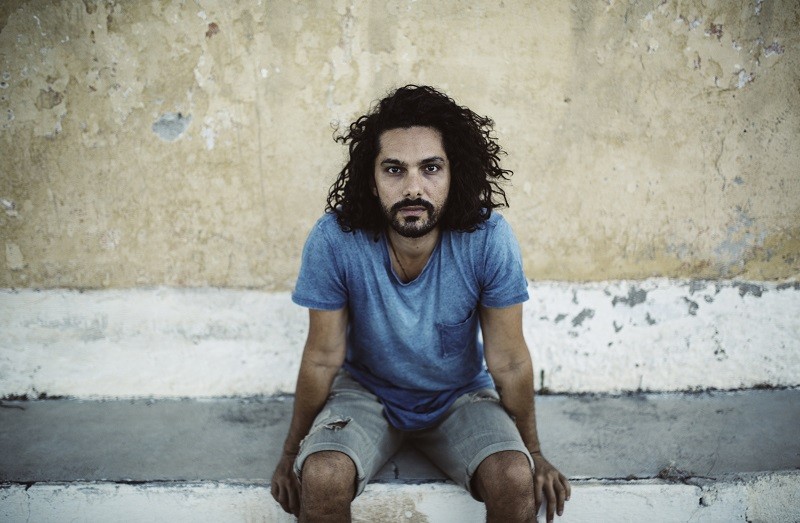 But unique times demand unique solutions, and Lesson’s powerful re-imagining with Sydney Conservatorium lecturer and composer James Humberstone of Homer’s 3000 year old Greek epic “The Odyssey” a couple of years ago proved beyond a doubt that the bardic tradition still has a part to play.

Think Inc has chosen well. Lesson (the stage name of Luka Haralampou), well-known to Canberrans for his performances at the former Hotel Hotel, is one of a handful of spoken-word poets in this country who lives by poetry alone.

Since winning the 2011 Australian Poetry Slam championship, he has released two albums and two poetry books and performed with the Queensland Symphony Orchestra and the Sydney Con.

In recent years he’s become a modern Odysseus, a wandering Greek-Australian who turns up all around the world, from Nuyorican Poet’s Cafe in New York City to his own annual poet’s retreat in a family village on the Greek island of Rhodes, which he hopes will still go ahead late this year.

“‘The Odyssey brings to light the lessons of ancient wars that echo current battles of human survival,” Lesson says.

In case that’s all Greek to you, while fiercely proud of his Greek heritage, Lesson/Haralampou is also a 21st century Aussie through and through, outspoken and keen to engage in debate with all comers on issues relating to social justice. He also holds a Masters in Indigenous Studies from Monash.

I catch up with Lesson as he’s isolating with his wife somewhere near Byron Bay and unable to visit family in Brisbane because he’s been caught on the wrong side of the border.

It takes no more than a nanosecond before we’re discussing Odysseus.

“He’s a man who is constantly thwarted by the gods from achieving his own return,” he says.

“He’s on a journey where he’s finding monsters and also finding his own sense of resistance. We can find so much meaning in such a vast poem.

“I see Odysseus’ battles with the giant Cyclops as a metaphor for our own struggles with dystopian governments. I view the Syrian refugee crisis and the struggle that people face right now as they escape war, death and tyranny as a parallel journey made by the Greek King of Ithaca, Odysseus.”

Mind you, he explains, “The Odyssey” is not just a storyline but a catalogue, with the names of ships recorded, there are so many lists in it.

The journeying of Odysseus’ and his extraordinary cleverness and cunning might well be a metaphor for surviving the present times, but to Lesson/Haralampou, the other thing even his hero can’t do without is love.

Love? There aren’t many words for it in English and they’re bandied around loosely, so Lesson has been studying the many different Greek words for love, outlined in Plato’s “Symposium”.

Most people know about Eros, passionate love and possibly Philia, close friendship, but there are also Storge, the familial love Odysseus returns to and Agápe, universal love of the kind embraced by Western Christianity?

One that was especially in “The Odyssey”, Lesson found, was “Philoxenia”, the love of strangers.

“The cyclops is a monster because he has only one eye, but what makes him really bad is that he doesn’t show Philoxenia,” he says.

You can say that again – he eats his guests.

Lesson is excited about his coming gig, it’s a first for him as well as Think Inc, which usually, he notes, prefers quantum scientists or astrophysicists as guests rather than poets.

“You’ll see me in the Zoom situation in front of a screen at home… there’ll be networking and a meet and greet, I’ll talk for about an hour and populate that talk with poems that relating to the question of resilience and to the narrative,” he says.

Above all, he says, will use his poetry for wherever he sees the connection to great resilience.