Ahmed Ouyahia was sentenced to 15 years in prison and Abdelmalek Sellal to 12 years.

They were accused of abusing authority in a car manufacturing embezzlement scandal. 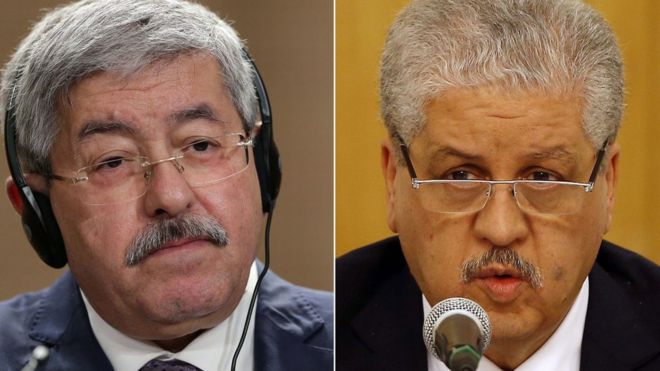 It was the first time since Algeria’s independence from France in 1962 that ex-prime ministers were put on trial.

The two were allies of long-time President Abdelaziz Bouteflika, who resigned amid mass protests in April.

Protesters have continued to call for sweeping reforms, accusing leaders of the…