“Speak up now,” Pilger said, or face “the silence of a new kind of tyranny.”
* RT
Assange is currently serving a 50 week sentence in Belmarsh Prison for skipping a bail hearing in 2012. 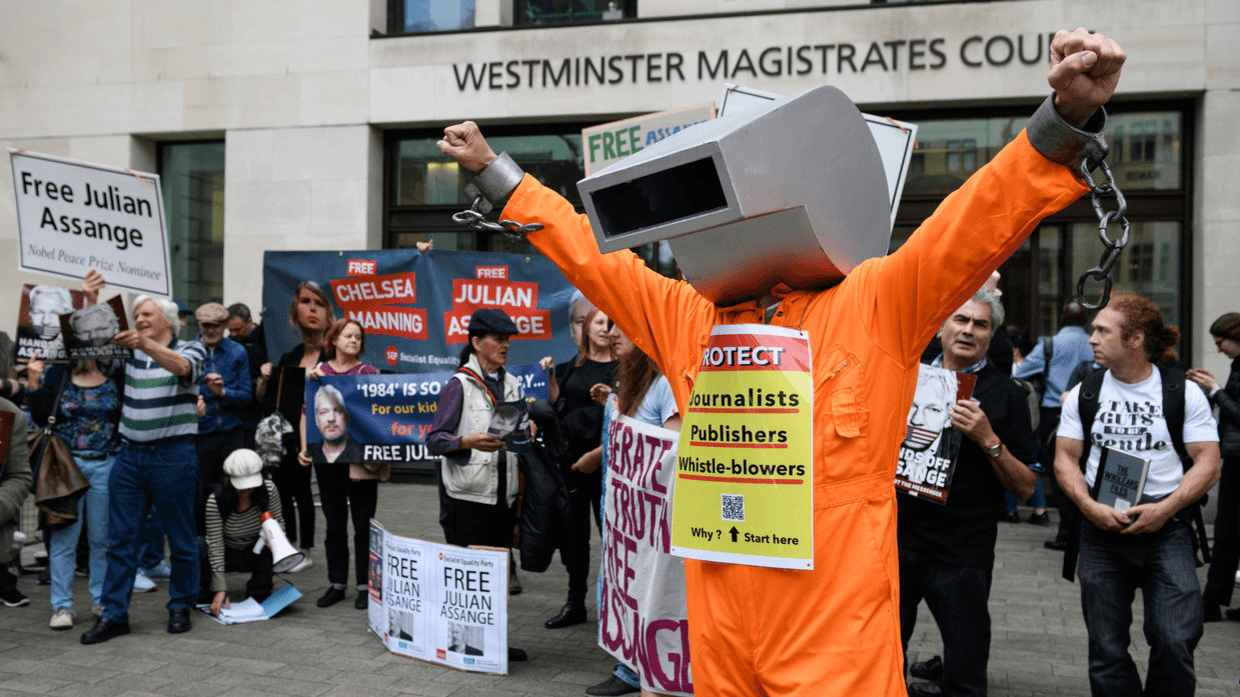 US authorities are seeking his extradition for his role in publishing classified documents, accusing him of espionage.
Speaking at a rally outside the Home Office in London on Monday, Pilger passed on a message from the WikiLeaks editor who, if extradited and convicted, could be sentenced to 175 years in prison.