Obama’s two-term No. 2, Joe Biden, took the stage moments later and was repeatedly forced to defend his political record, eight years of which he amassed under the country’s first African American president. 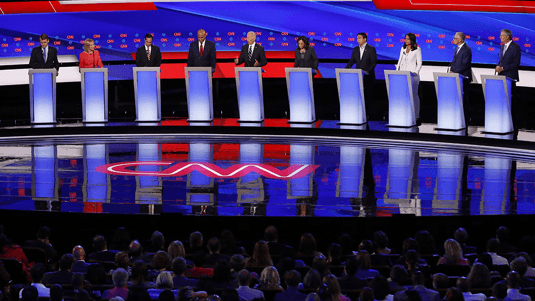 After being heckled by protesters over the Obama administration’s deportation of about 3 million people, Biden was grilled by New York Mayor Bill de Blasio over what he did to prevent the expulsions.