The wealthiest 3 billionaires in the U.S. – Jeff Bezos, Bill Gates and Warren Buffett — now have as much wealth as the bottom half of the U.S. population combined. 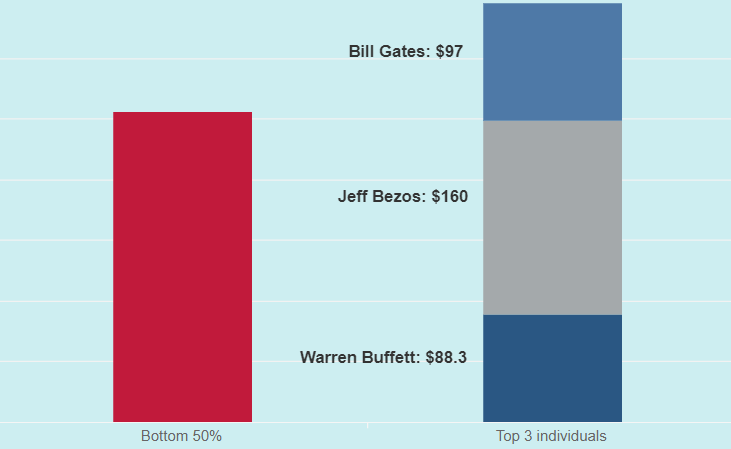 Those were the first words spoken at last night’s 2020 Democratic Debate, citing a wealth inequality study by the Institute for Policy Studies.