In a landmark decision on June 20, 2019, the European Council strongly condemns the illegal activities of Turkey in the Exclusive Economic Zone of the Republic of Cyprus.

It also takes the lead and puts forth a mechanism for imposing restrictive and other punitive measures on Turkey. 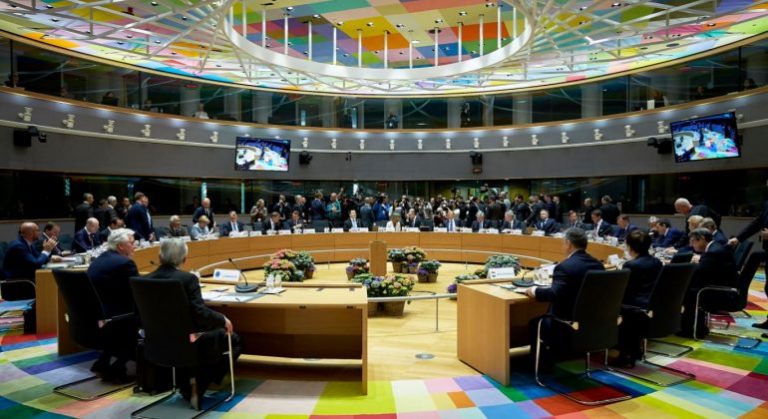 It is now up to the Commission and the European External Action Service to present specific options for a concrete follow-up decision to be made.

There is no doubt that these options will reflect the outcome of diplomatic and political negotiations behind the scenes. This is not a usual moment in EU politics, but the Union should have shown determination to stand behind principles and defend the interests of its member states. Both small and large member state interests matter and the EU needs to demonstrate its solidarity in a practical manner.

EU leaders said that they will maintain a firm stance. Nicosia already expressed satisfaction and shall continue to exert the maximum influence its soft power allows for the best possible outcome. The European Council decision is an instance of solidarity to a member state that faces threats by a third state, Turkey, who is emerging as a rogue country in Eastern Mediterranean and the Middle East.

There is indeed a clear intention by the EU to take some concrete action that would punish Turkey for its illegal activities in Eastern Mediterranean. The ultimate aim is to contain its plans for illegal drilling activities in sovereign waters of the Republic of Cyprus and open a window for diplomacy to work.

The main points of the European Council decision may be summarized as follows:

1. There is disappointment over Turkey’s non-compliance with repeated calls by the EU to end its illegal actions. The EU expresses dissatisfaction with the indifference Turkey demonstrates on the persisted efforts of the Union to urge it to comply with International and European law and abide by the rules of good an non-violent inter-state relations.

2. It is established that Turkey’s unlawful actions will not go unpunished. There will be a direct negative impact on the whole spectrum of EU-Turkey bilateral relations. This is an interesting development which may be a paradigm-shift in the way the EU deals with Turkey over Cyprus. The Union’s response to Turkey’s illegal actions in Eastern Mediterranean shall not only affect Turkey’s accession negotiations, but it will cover the full range of the bilateral relations between Brussels and Ankara. This implies that restrictive measures and other punitive action will not only concern accession negotiations, but will extend to inflict the whole range of EU-Turkey relations (notably economic, commercial, political and diplomatic relations).

3. Turkey must respect the sovereign rights of the Republic of Cyprus and show restraint. It is not the first time that Turkey is urged to do that, but insistence by the Union is an important indication of consistent solidarity with Cyprus.

4. The European Council endorses the invitation by the General Affairs Council that calls the European External Action Service and the Commission to propose appropriate measures of action against Turkey, including targeted measures. The reference to «targeted measures» paves the way for sanctions against individuals, companies, capital movement, freezing assets, prohibition of trade and investment activities in the EU and other relevant measures akin to these applied in cases like Russia. This element of the European Council decision opens up many possibilities for imposing restrictive measures on Turkey, government officials, companies and individuals.

Apart from these points however there are some issues that may need to be clarified and merit attention. For example, the European Council does not determine the actual time of an ultimate decision on Turkey. When will a decision on restrictive measures will be made? In its Conclusions, the European Council states that it will monitor developments closely and expresses readiness to respond in a proper manner and in full solidarity with Cyprus. When that will actually happen?

There is no specific timeline for the next steps. For example, EEAS and Commission suggestions will be submitted when and to whom? Who will make the ultimate decision on measures, the Council or the European Council?

As the Conclusions were presented on June 20, 2019, the European Council seems to express a preference for a decision on measures to be made at the level of Heads of States or Governments. The vagueness of the wording in the Conclusions on this issue seems to conceal some disagreements among EU member states as to the actual measures to be taken, their scope and their range.

Much will depend of course on the next moves of Turkey.

It is expected that the issue of restrictive measures will be discussed at the level of Permanent Representatives in Brussels, then at the Council level and if no decision can be taken (i.e. if there is disagreement on measures and their scope) the European Council will need to convene in an extraordinary meeting or decide in one of the next scheduled meetings. In practice, this means that there is some time before an actual decision could be made.

In conclusion, the European Council gives clear evidence of intent to impose measures and sanctions on Turkey, but it does not determine the time of a decision. Much will depend on diplomacy and political negotiations.

There is a quite hot summer ahead for the EU on the Eastern Mediterranean front.