White Whale is one of four firms holding killer and beluga whales in small enclosures on the Sea of Japan, which they say is legal. 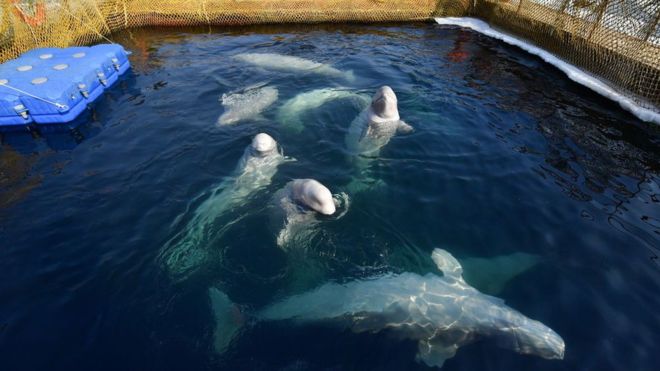 But a Vladivostok court on Friday ruled the company broke fishing rules. Cases against the other three companies are expected before the courts in the next week.

Although Russia allows the capture of whales for scientific purposes, the fear is these animals are bound for theme parks or aquariums in…