The World Jewish Congress (WJC) has voiced outrage over a Polish town’s ritual beating of a Judas effigy which looks like a caricature Orthodox Jew.

The Good Friday ritual in Pruchnik, south-eastern Poland, was filmed and posted by a Polish news website. 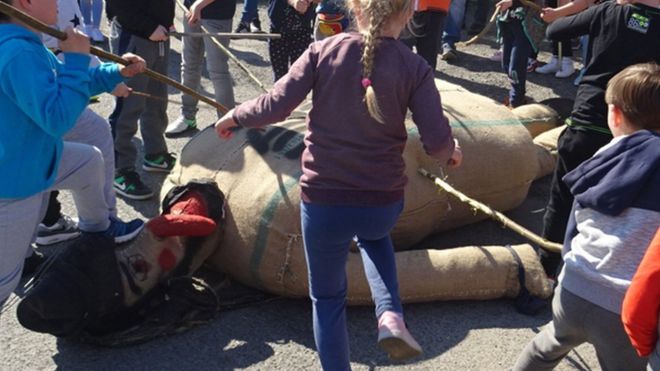 “Jews are deeply disturbed by this ghastly revival of medieval anti-Semitism that led to unimaginable violence and suffering,” the WJC said.

In total, Nazi Germany murdered about…