Thousands of people have blocked well-known landmarks and a bridge in central London, bringing widespread disruption to the capital in a “climate rebellion” that organisers say could last several days. 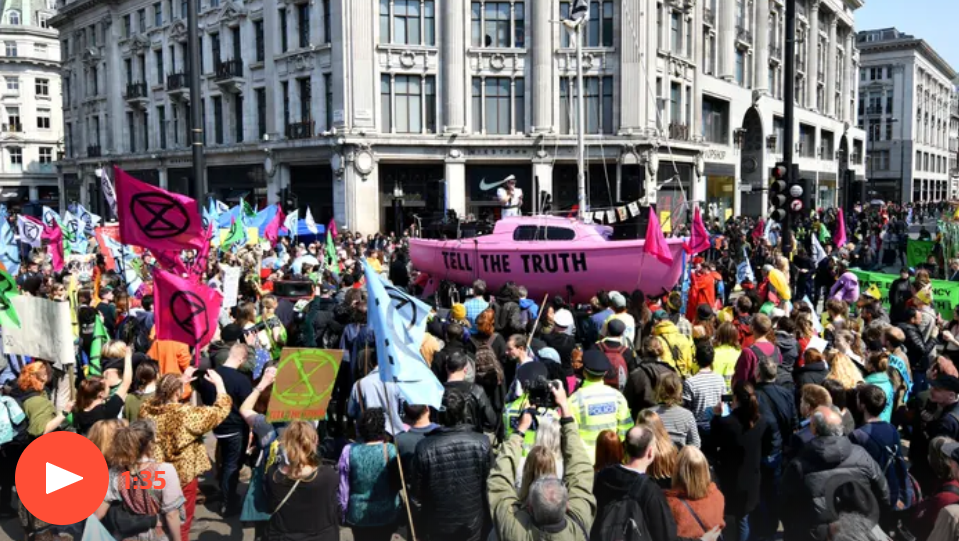 The protests are part of a global campaign organised by the…