The authorities in Pakistan have allowed foreign media and defence attachés to visit the site of a disputed Indian air strike in February.

They were given access to an Islamic school in Balakot, where Indian media say militants were killed in retaliation for an attack in Kashmir. 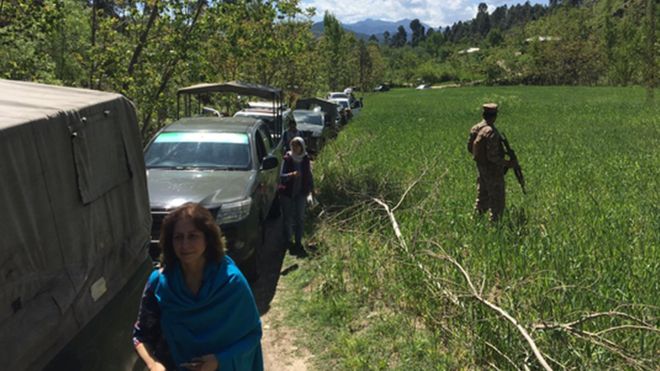 The large building appeared to be fully intact and the Pakistani army denied it had been used as a terror camp.

The visit to the school was held on the eve of a general election in India.