The looming strike is a big problem for the ruling party ahead of the European election.

WARSAW — Polish teachers’ unions on Friday rejected a pay offer from the government and vowed to walk off the job on Monday — causing a massive political headache for the ruling Law and Justice (PiS) party. 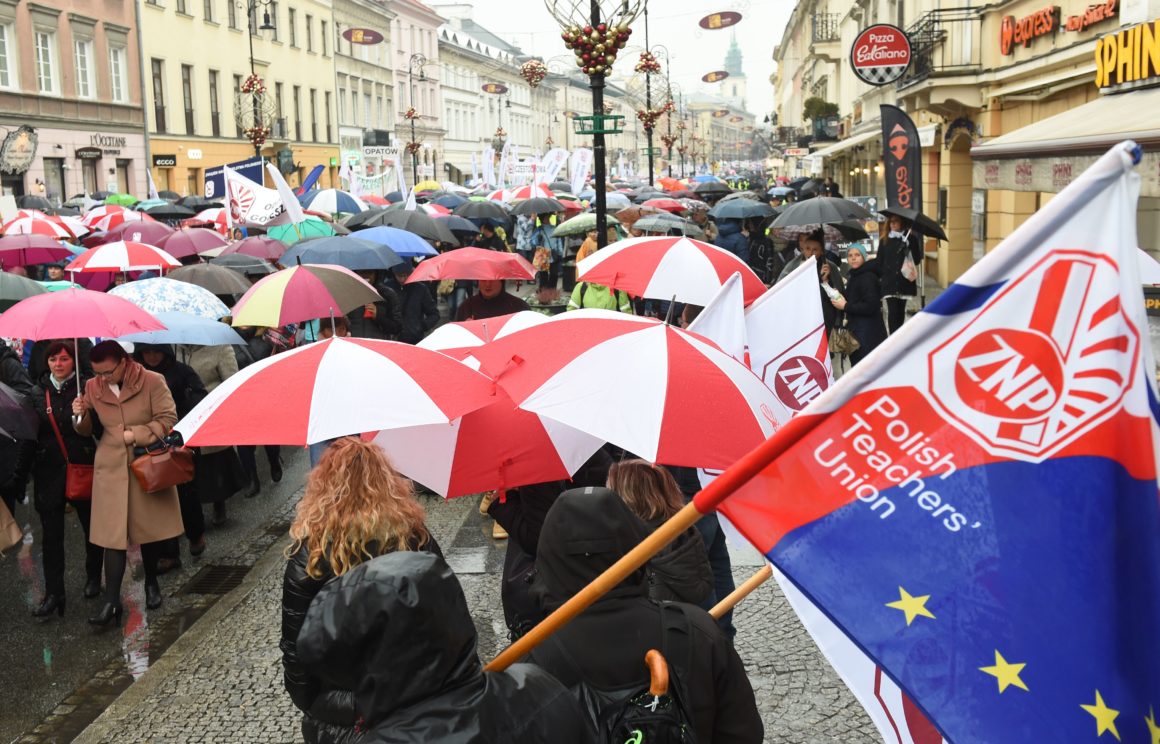 The government pay proposal “only worsens the conflict,” Sławomir Broniarz, the head of the Polish Teachers’ Union, told reporters after talks broke off on Friday morning, adding it “leaves no possibility of coming to an agreement.”

If the walkout goes ahead, it will disrupt school exams and could even affect the outcome of the…