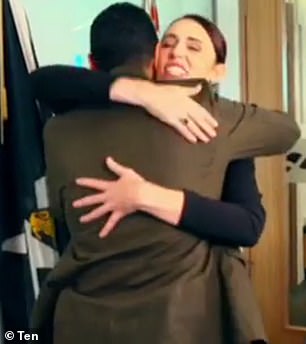 Waleed Aly and Jacinda Ardern embrace ahead of an emotional interview about the Christchurch mosque shootings after his tense debate with Scott Morrison.

Waleed Aly and Jacinda Ardern have shared an emotional embrace ahead of a candid interview about the Christchurch mosque shootings.

The Australian television presenter sat down with Ms Ardern in New Zealand to discuss the horrific terrorist attack that claimed the lives of 50 Muslim worshippers.