A sunfish has been found washed ashore near the mouth of the Murray River in South Australia over the weekend, and one expert believes it is the Mola mola species.

The gigantic fish is known for its sheer size and odd body shape, often distinguished by its flattened body and fins. 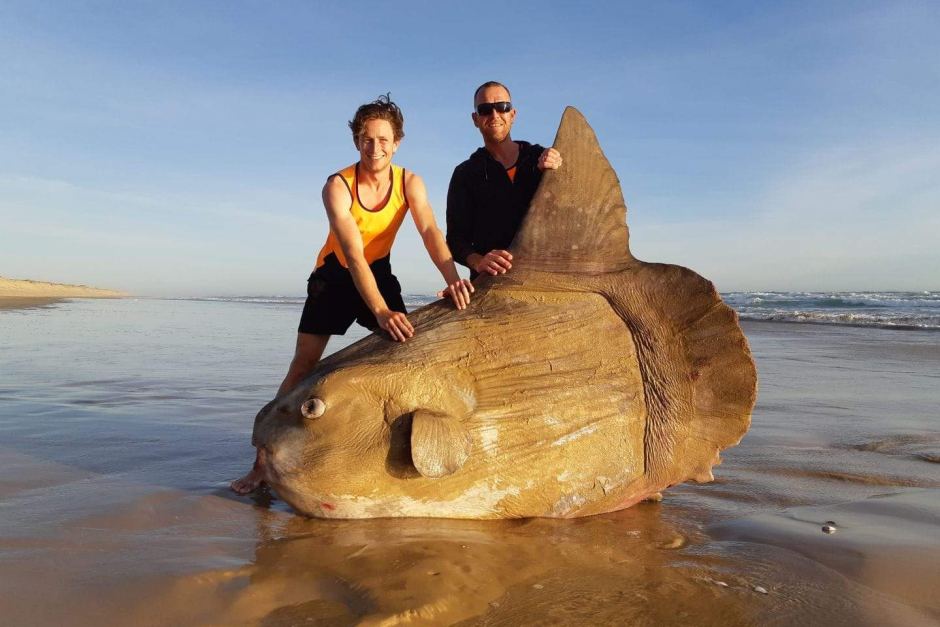 A photo of the creature was posted on social media on Monday, with two fishermen standing over it on the sand.

Linette Grzelak, who posted the image to Facebook, said the fish — which was already dead — was spotted by her partner while out fishing on