BAGHOUZ: On a rooftop near the front line with the Daesh group’s collapsing caliphate in eastern Syria, a US-backed fighter and his comrades sip tea as they await orders to restart the battle.

The Syrian Democratic Forces halted their ground assault on Daesh’s final shreds of territory last week, saying the militants are increasingly using civilians as human shields to block the advance. 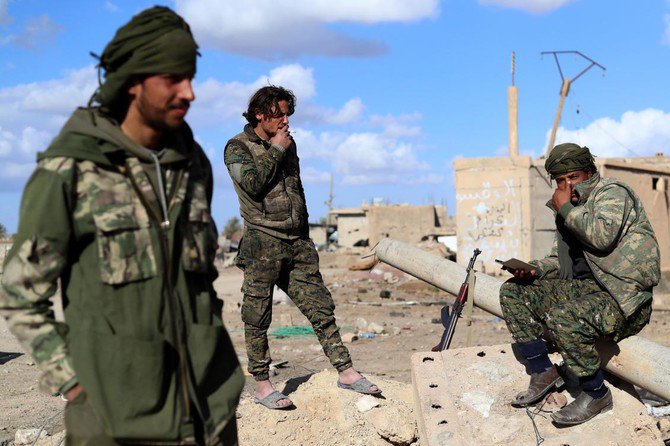 In the desert hamlet of Baghouz, held mostly by the SDF, 22-year-old Mohammed Ibrahim Mohammed points toward a dirt mound separating areas under their control and the militants.