US President Donald Trump has threatened to “devastate Turkey economically” if it attacks Kurdish forces in Syria following a planned pullout of US troops.

In two tweets on Sunday, Mr Trump said that he did not want the Kurds to provoke Turkey either. 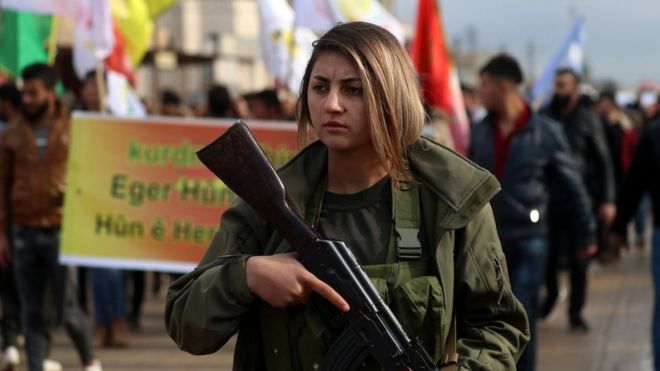 US forces have fought alongside a Kurdish militia in northern Syria against the Islamic State (IS) group.

Turkey, however, regards the People’s Protection Units (YPG) as terrorists.

President Recep Tayyip Erdogan has spoken angrily about American support for the group and vowed to crush it.

Turkey’s foreign minister has said the…