Colombia‘s foreign minister on Dec. 29 condemned an alleged plot to kill President IvanDuque and said three Venezuelan citizens had been detained in possession of “weapons of war.”

“For several months there have been intelligence probes into possible attacks against the life of the president,” Carlos Holmes Trujillo said in a video on the ministry’s social media accounts. 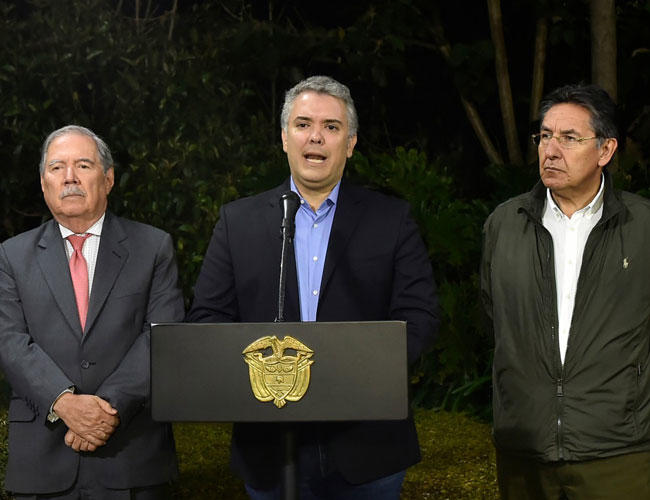 He added that three Venezuelans in possession of “weapons of war” had been captured in connection with such plots, without going into further details.