An Indonesian maid identified as Tuti Tursilawati has been executed in Saudi Arabia for killing her boss while he was raping her.

Mum-of-one, Tuti Tursilawati was executed after she killed her boss who was raping her, and this sparked outrage in Jakarta. 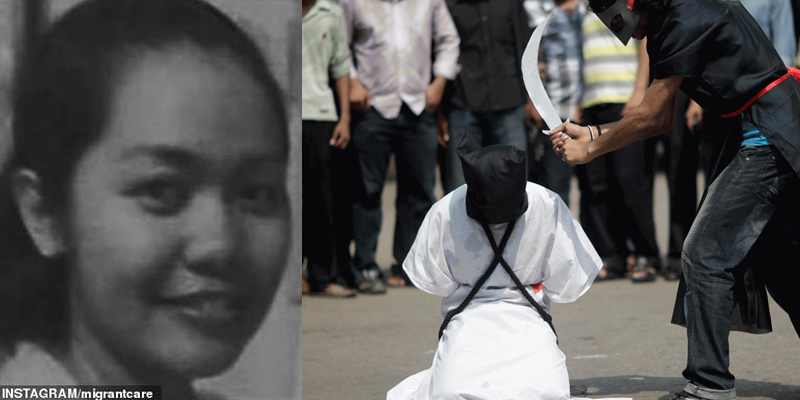 Tuti Tursilawati was killed on Monday in the city of Ta’if, a city in Saudi Arabia’s Mecca Province. The Saudi government failed to warn the maid’s family or consular staff before she was killed, said officials.

Her execution has prompted protests from Indonesia.