In the aftermath of Serena Williams’s controversial defeat at the U.S. Open, a cartoon from Australia, drawn by Mark Knight and published in the Herald Sun, made global headlines.

The cartoon showed the contours of Williams’s body enlarged and fixed in a brutish pose. 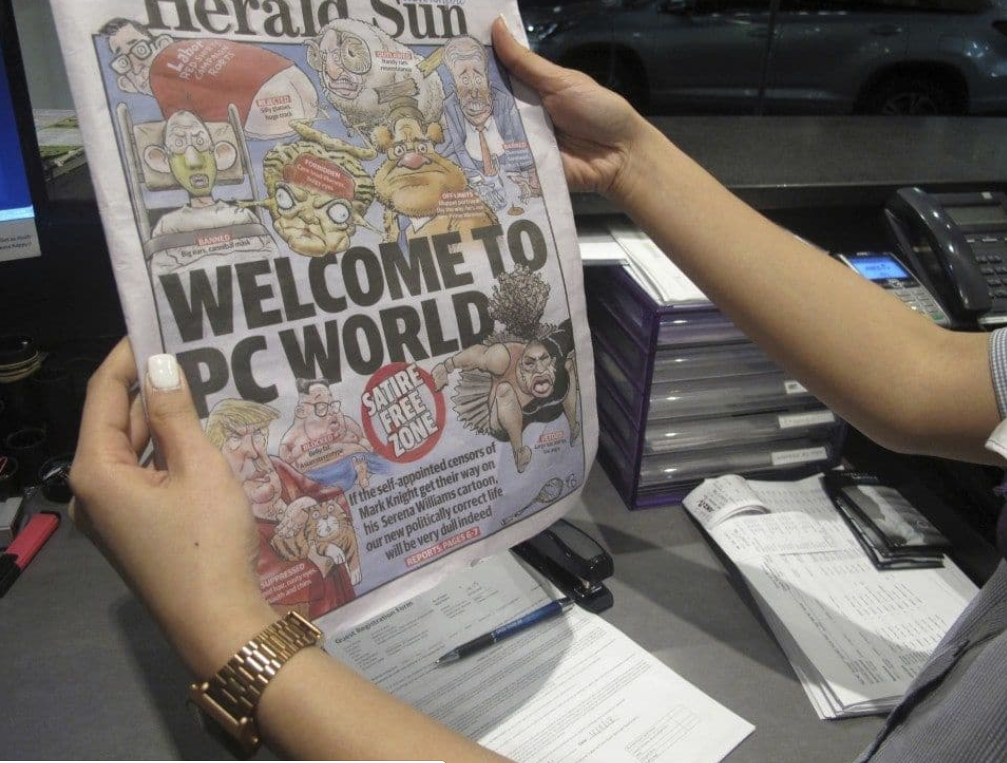 Critics compared it to Jim Crow caricatures such as “Little Black Sambo” and placed the cartoon in a genealogy of American blackface.

Author J.K. Rowling criticized Knight for “reducing one of the greatest sportswomen alive to racist and sexist…