Australia has been suffering one of the most intense droughts of the past century, and meteorologists believe that it is only going to get worse.

These maps from the Australian Bureau of Meteorology (BoM) show how the country has been getting increasingly dry since 2010. 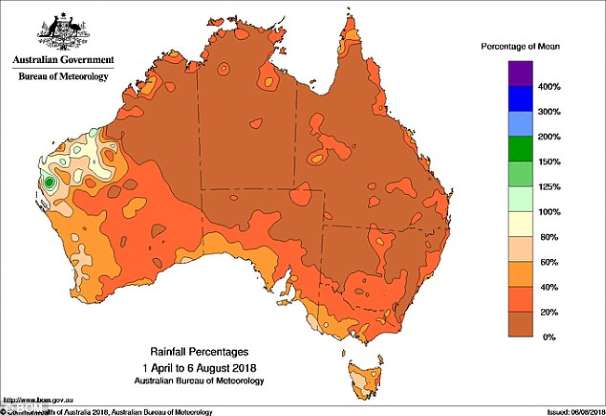 The latest – and most shocking – map from BoM shows next to no average rainfall across the majority of the country from 1 April to 6 August this year.

It has been the driest July since 2002, according to the BoM’s latest report, and the driest Autumn since 1902.