Japan on July 26 executed six more members of the cult behind the deadly 1995 sarin attack on the Tokyo subway, weeks after the group’s leader was hanged. 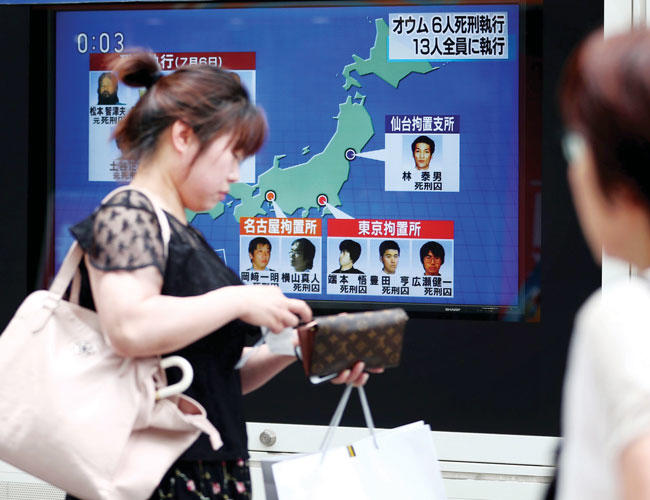 “I ordered the executions after extremely careful consideration,” she said at a press conference.