LABOUR’s John McDonnell has refused to rule out a second referendum on Brexit but admitted that it was “not our policy to have another referendum” instead demanding another General Election.

Shadow chancellor John McDonnell said Labour‘s policy was not to have a second referendum on Brexit, before adding nothing was ruled out. 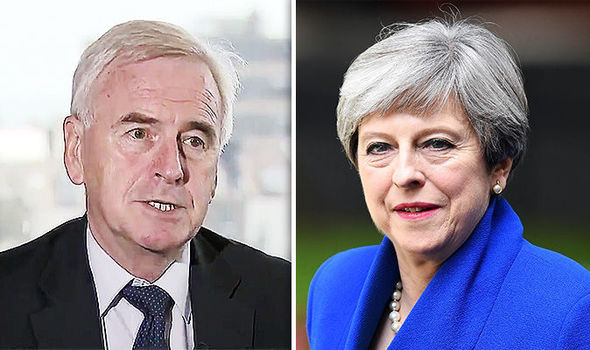 Mr McDonnell told Sky News’ Sophy Ridge on Sunday: “We’re not averse to any form of democratic engagement, but our view is that’s not our policy to have another referendum. We respect the existing one.

“Our preference is a…