BREXITEER Bob Stewart delivered the perfect Brexit speech as he called on Theresa May to toughen up against the EU in the Brexit negotiations.

Speaking on Talk Radio, the Conservative MP claimed the Prime Minister should get tougher in the Brexit talks as he delivered the perfect speech he would give if he was Theresa May. 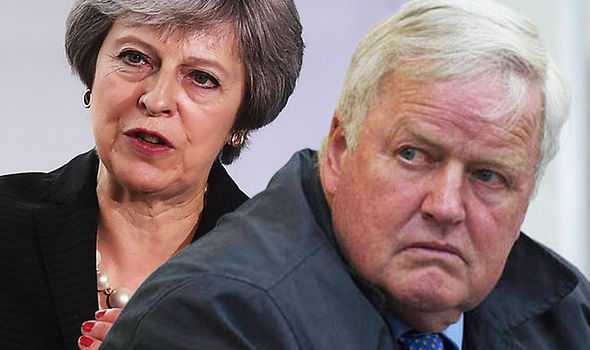 Mr Stewart claimed the Prime Minister and Brexit Secretary Dominic Raab should vow to trade with the EU under WTO rules.