The EU and Japan have signed up to a “landmark” trade deal in a show of strength against protectionism among global economies. 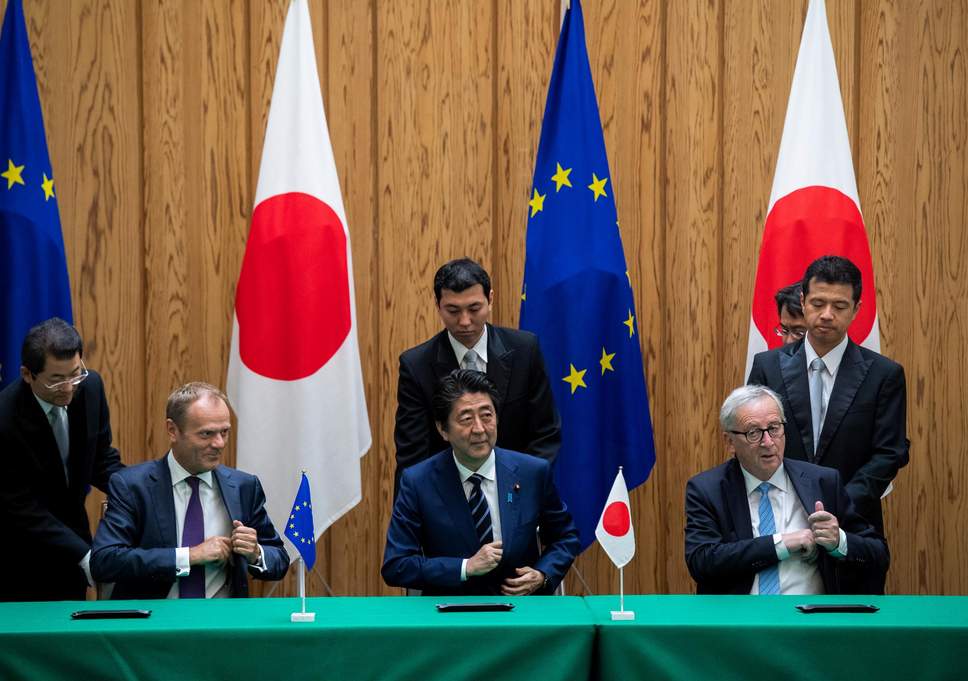 Japan is the EU’s second biggest trading partner after China and together the EU and Japan account for almost one third of global GDP.