The woman at the center of an international storm for hunting down a rare black giraffe remained defiant on Tuesday, saying she has no regrets about the killing or for posing for pictures with the dead giant.

‘It is something I believe in,’ Tess Thompson Talley told DailyMail.com in an exclusive interview outside the ball-bearing factory in Odessa, Texas, where she works. ‘This is more than a hobby for me, it’s a passion.’ 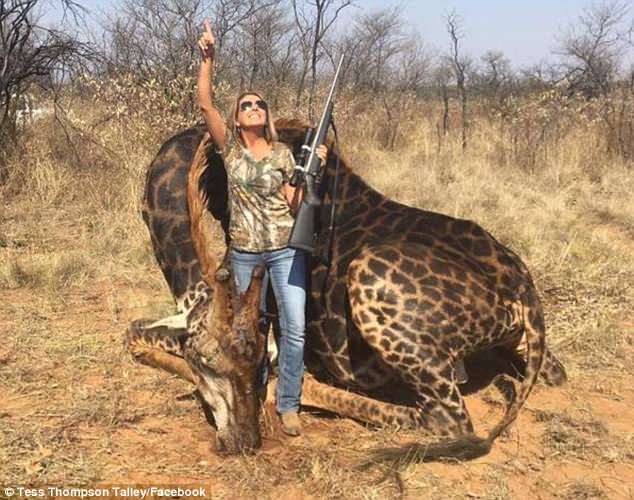 And she said she believes much of the anger that has been directed at her in the days since pictures of her with her quarry went viral has come because of her sex.