President Trump’s search for a Supreme Court nominee reached the interview stage Monday as he announced that he has spoken to at least four contenders, while remaining coy about his shortlist for a successor to retiring Justice Anthony M. Kennedy.

“I had a very, very interesting morning,” Trump told reporters in the Oval Office as he greeted visiting Dutch Prime Minister Mark Rutte. 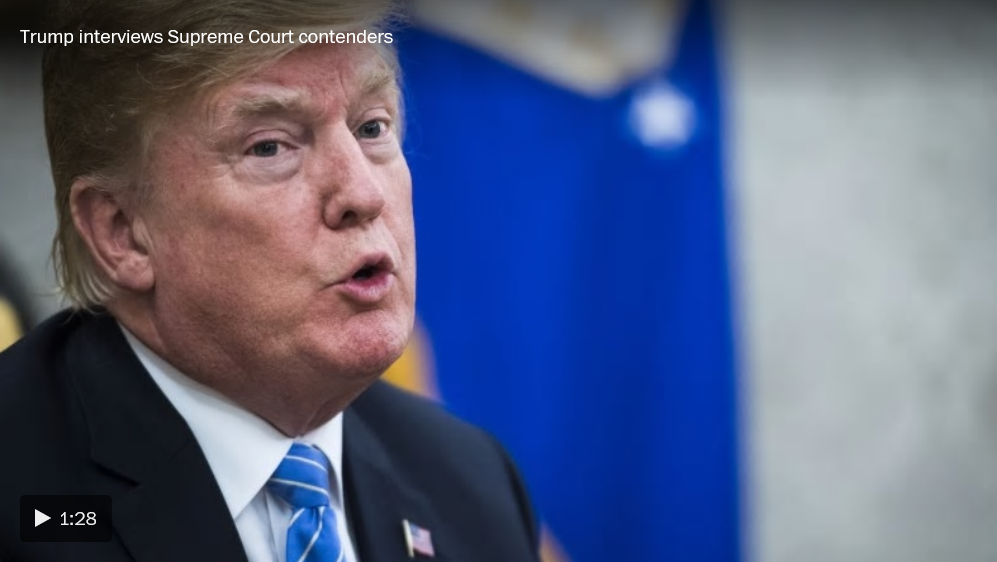 He described the candidates as “outstanding people” but did not name them, and added that he expects to meet soon with two or three more prospects.