Electoral officials said a quick count after Sunday’s poll indicated the former mayor of Mexico City had won with about 53% of the vote – more than double that of his nearest challenger. 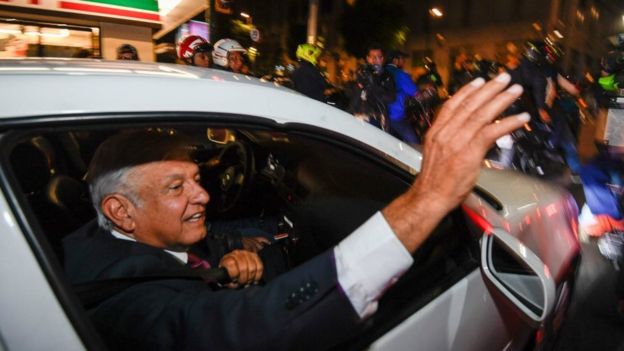 His closest rivals have both admitted defeat and congratulated Mr López Obrador on his victory.

Ruling party candidate José Antonio Meade, who lies in third place according to initial results, told supporters that he…